The new Bayern Munich home kit for 2014/15 has been unveiled by Adidas, with the club’s three iconic colours proudly shown off in a bold new design.

Bayern, runaway winners of this season’s Bundesliga, have enjoyed phenomenal success over the past two seasons, with the German giant’s only real blip an uncharacteristic thumping at the hands of a powerful Real Madrid in the semi-finals of the Champions League this season, preventing Pep Guardiola’s side from achieving an unprecedented second consecutive European triumph.

Regardless, Bayern are still one of the very best teams in the world, with their red, white and blue badge a symbol of greatness for the club, and one to be feared by both domestic and European opponants; something Adidas deemed appropriate to expand on.

The new home-kit shows off the three colours of the club crest in a bold design which will see streaks of blue alongside the recognisable red stripes on the shirt, with white Adidas stripes on the sleeves completing the traditional colours triumvirate.

Along the lining at the back of the neck will feature the words ‘Mia san Mia’ wording – the German motto known well by the Bayern faithful, meaning ‘We are who we are’ in English.

Full-back David Alaba has hailed the new kit, taking note of the tradition attached to the design: “Red, Blue and White – these colours belong to Bayern Munich. I cannot wait to fight in the new jersey for the club and our fantastic fans.”

Featuring the latest in ‘adizero’ and ‘TechFit’ technology, the new Adidas kit will be first worn by Bayern in their final home match of the season on the weekend against VfB Stuttgart.

Check out the official images of the new Bayern Munich strip below: 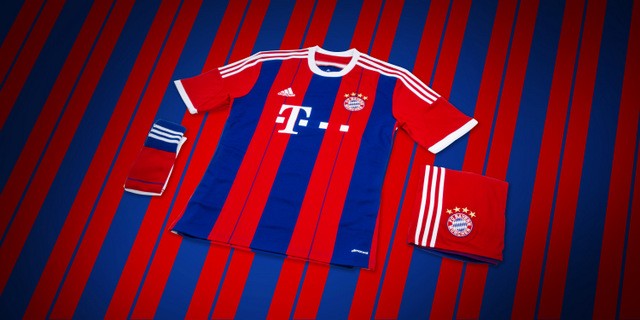 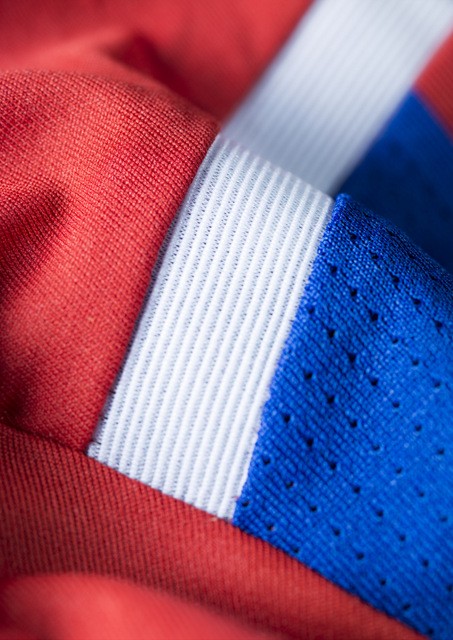 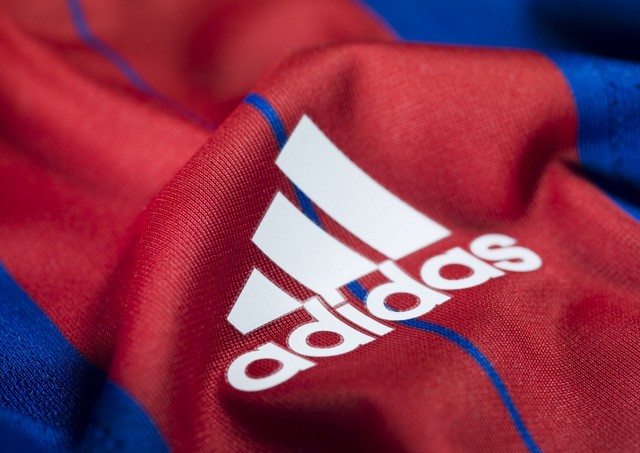 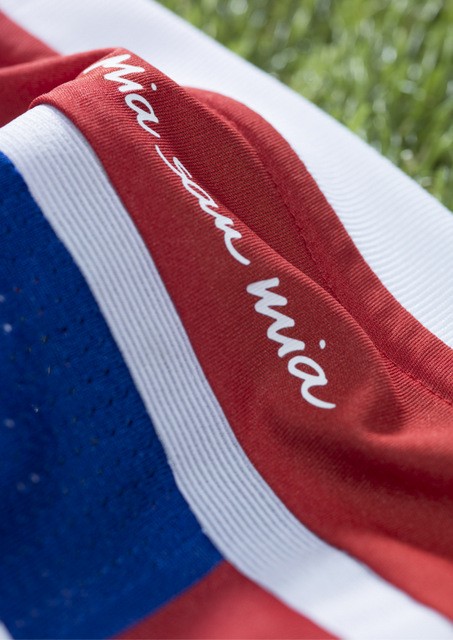 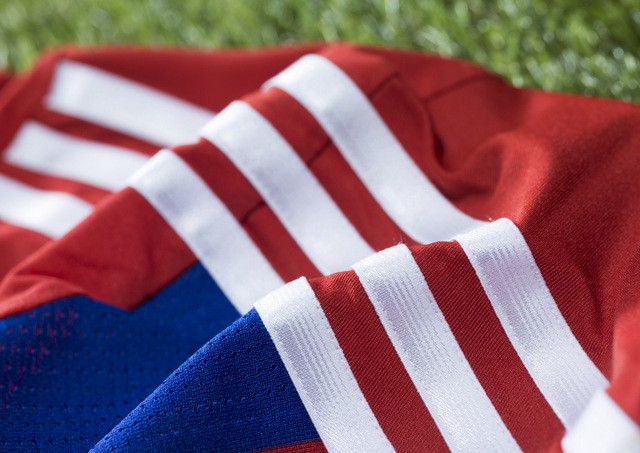