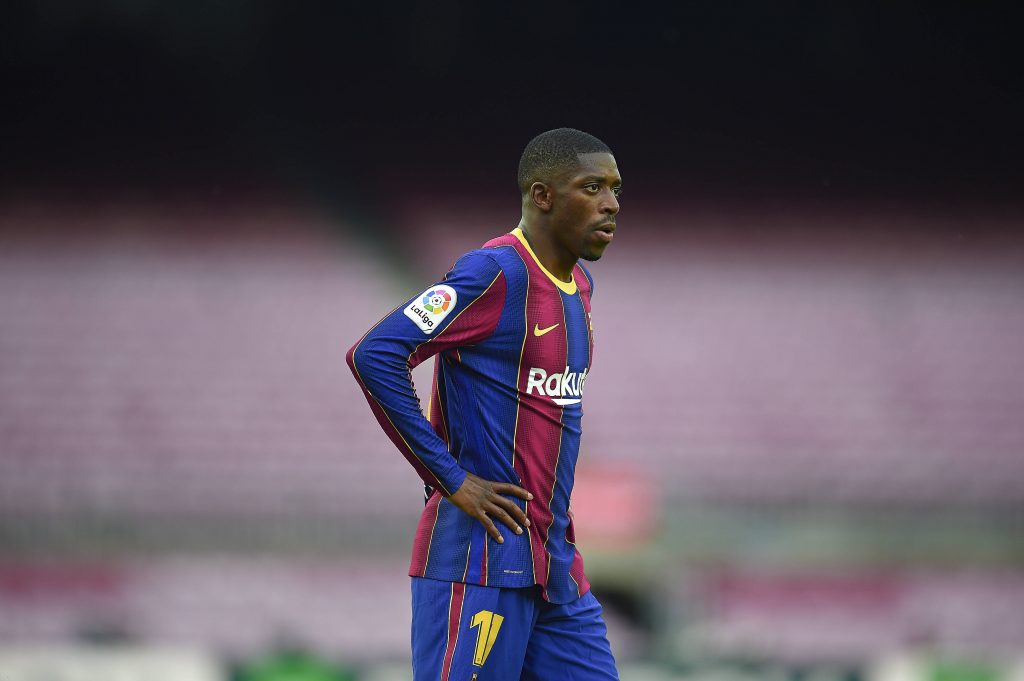 Barcelona are prepared to offer Ousmane Dembele to Juventus in a swap deal for youngster Dejan Kulusevski, reports TuttoMercatoWeb.

Kulusevski joined Juventus in January 2020 from Atalanta for an estimated €35 million.

He spent the second half of the season on loan at Parma, winning Serie A’s Young Player of the Season award.

In his first full season at the Old Lady, he continued to impress. The 21-year-old bagged four goals and three assists in the league and registered a goal and an assist in the Coppa Italia final against his former club as they won 2-1.

He then carried this form into Euro 2020, recording two assists in two appearances with Sweden.

His form has seemingly attracted the attention of Spanish giants Barcelona, who are interested in his services as per TuttoMercatoWeb.

The Italian source claims that they could offer French winger Ousmane Dembele in exchange for the Swede.

Dembele has not had an easy time at Camp Nou. He was first brought in from Borussia Dortmund in 2017 for an initial €105m with up to €40m worth of add-ons.

He was intended to be the club’s replacement for Neymar, who had left for Paris Saint-Germain that summer for a world-record fee.

However, the winger has suffered a series of injuries which has hampered his career at the Catalan giants.

When he has been on the pitch, he’s been inconsistent, often showing flashes of ability without regularly producing the goods.

The France international has just one year remaining on his current contract and doesn’t look likely to renew.

As a result, La Blaugrana may look to sell him while he still has value. Manchester United had been linked, although their interest may have cooled following the arrival of Jadon Sancho.

Dembele isn’t the only player that Barcelona are hoping to offload this summer.

Antoine Griezmann, Philippe Coutinho, Miralem Pjanic and Samuel Umtiti are all available in cut-price deals as the club looks to reduce its outgoings.

The wage bill has been a huge problem the for club, as they were well above La Liga’s salary cap. As a result, they had to let go of club legend Lionel Messi.