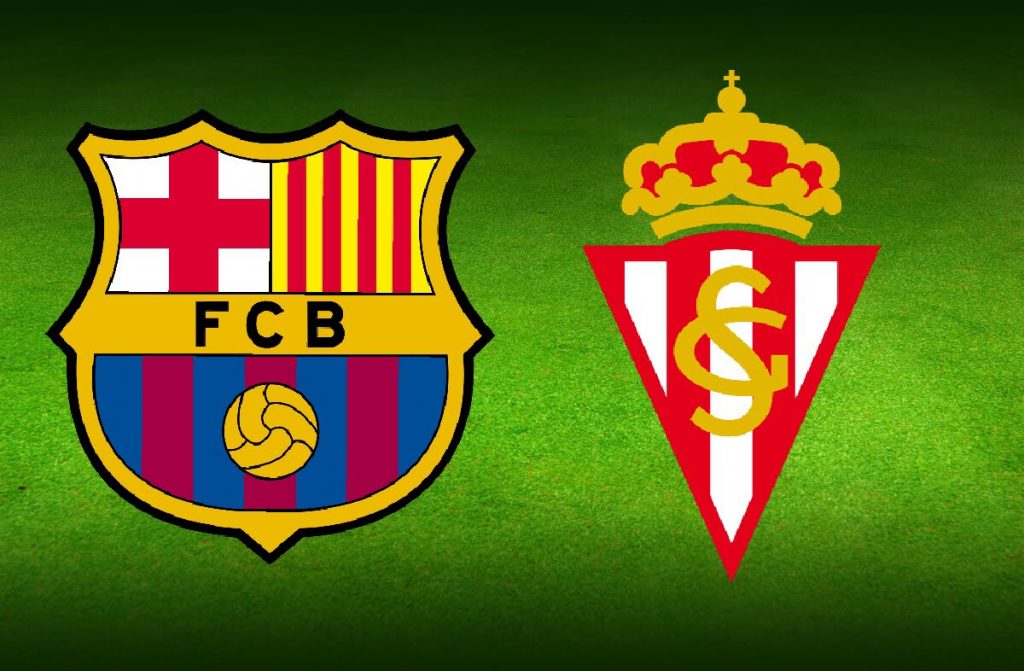 Barcelona host Sporting Gijon in La Liga this week and the defending champions will be hoping to overtake league leaders Real Madrid with a win.

Lionel Messi has earned his side two valuable wins with two late goals in the last couple of games.

The Catalan giants are just one point behind Zidane’s Real Madrid now. The home side just about edged their last two matches and they will be hoping for more of the same when Gijon travel to Camp Nou.

Luis Enrique is under a lot of pressure right now and this is a must win game for Barcelona.

Vidal, Mathieu, Mascherano and Turan are ruled out for this week.

Gijon are fighting for survival now and this is a very important game for them.

The away side will be aware of Barcelona’s inconsistencies this season and they will be looking to pull off an upset. Gijon have taken four points from their last available nine in La Liga and cannot be underestimated here.

The away side will be without the services of Jorge Mere, who is suspended.

Barcelona have won 10 of their last 11 matches against Sporting Gijon in all competitions.

Barcelona are undefeated in their last 17 matches in La Liga.

Barcelona have scored at least 3 goals in their last 4 matches against Sporting Gijon in all competitions.

Sporting Gijon have failed to win 19 of their last 21 matches in La Liga.

Barcelona have scored at least 2 goals in their last 4 home matches in La Liga.

Barcelona have seen over 2.5 goals in their last 4 matches against Sporting Gijon in all competitions.

This should be a straightforward win for Barcelona. The away side are severely out of their depth here and will struggle to contain Barcelona’s world class attack.

Lionel Messi seems unstoppable right now and that makes the home side firm favourites against most opposition.