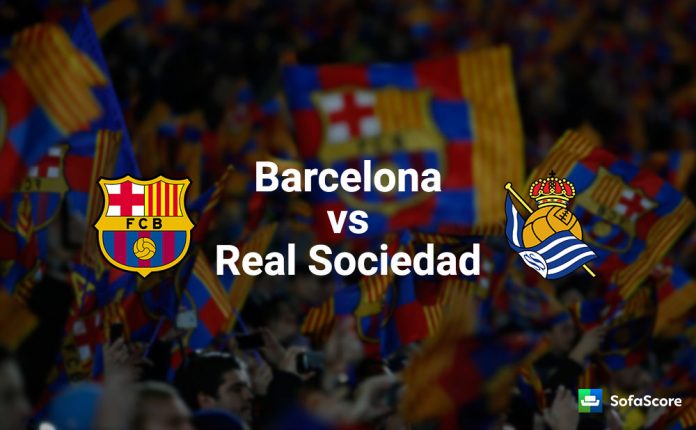 Barcelona were beaten comfortably by Juventus in their last game and the Spanish giants will be desperate for a win here.

They lost their last league game against Malaga as well and are under a lot of pressure to bounce back.

However, it is important to note that Enrique’s men have been excellent at home and they have won their last eight consecutive matches at Camp Nou in the Spanish top-flight.

The home side will be without the likes of Mascherano, Rafinha, Vidal and Turan due to injuries. Brazilian forward Neymar is suspended.

La Real will be dreading their trip to Camp Nou this weekend. They have been in very poor form over the last few weeks and their win over Sporting was their first in the last five matches.

Furthermore, they have lost in their last 16 visits to Camp Nou and are unlikely to turn it around this time.

Martinez, Agirretxe and Juanmi are ruled out of the trip to Barcelona.

Barcelona have won their last 16 home matches against Real Sociedad in all competitions.

Barcelona have won their last 8 home matches in La Liga.

Barcelona have scored at least 3 goals in 7 of their last 8 home matches in La Liga.

Barcelona have scored at least 2 goals in their last 8 home matches against Real Sociedad in all competitions.

There have been over 2.5 goals scored in Barcelona’s last 8 home games in La Liga.

Barcelona have been winning at both half time and full time in 7 of their last 8 home matches against Real Sociedad in all competitions. Bet on the home side to win both halves here.

Barcelona are a very good side despite the recent dip in form.

Sociedad will find it difficult to contain the Barcelona attack and the home side’s determination to return to winning ways should help them grind out a result here.