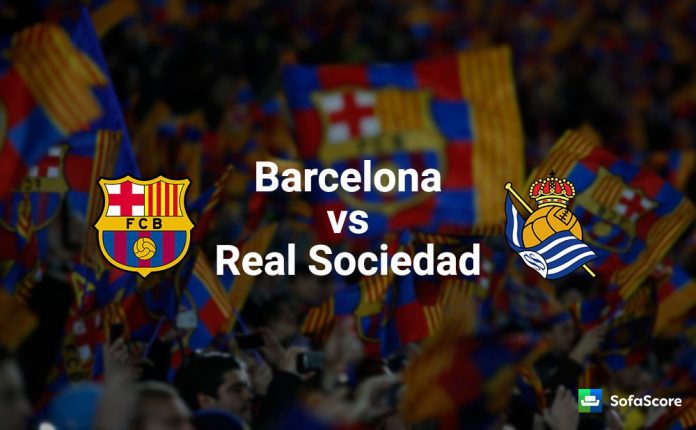 Barcelona host Real Sociedad in the second leg of the Copa Del Rey quarter-finals this week.

The Catalan giants secured a priceless 1-0 win in the away game and it was their first win at the Anoeta since 2007. Luis Enrique will be hoping to finish the job at home and qualify for the semi-finals of the competition now.

After the poor performances against Bilbao and Villarreal, Barcelona seem to have turned a corner and have won their last four matches. The Spanish giants have also managed to keep three clean sheets in a row.

The home side will be without the services of Iniesta, Busquets and Rafinha for this game. All three players are injured right now.

Sociedad are still very much in the game and a 1-0 deficit can be turned around. However, it will be a massive challenge for the away side.

Barcelona have been quite inconsistent this season and La Real will be hoping for a slip-up from the home side here.

Sociedad have lost their last two matches at Camp Nou and will need to produce a stellar performance to qualify for the semi-finals.

The away side will be without some of their key stars for the trip to Camp Nou this week. Asier Illarramendi is suspended and the likes of Bergara, Martinez, Agirretxe, Gonzalez and Bautista are injured.

Barcelona have won their last 15 home matches against Real Sociedad in all competitions.

Barcelona are undefeated in 22 of their last 23 matches in Copa del Rey.

Barcelona have scored at least 2 goals in their last 7 home matches against Real Sociedad in all competitions.

Barcelona have been scoring freely against Sociedad at Camp Nou. Over 2.5 goals seem likely.

Barcelona have been winning at both half time and full time in 6 of their last 7 home matches against Real Sociedad in all competitions. Get Barcelona to win both halves.

Barcelona have been very tough to beat in Copa Del Rey. Bet on Barcelona to win this week.

Barcelona managed to edge it at the Anoeta and should be able to replicate that performance at home as well.

They are clearly the better side and Sociedad are struggling with injuries as well. A routine win for the home side seems likely here.