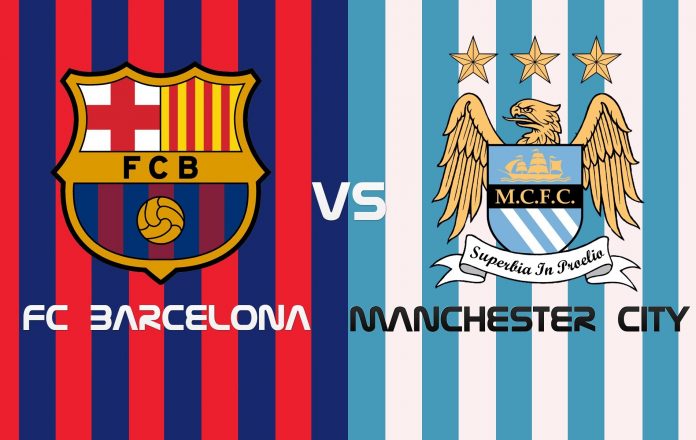 Barcelona host Manchester City in the UEFA Champions League this week and the Spanish giants will be looking to take advantage of City’s poor form and secure their position at the top of their group with a win.

Barcelona have won their first two group games against Celtic and Borussia Monchengladbach. The Spanish champions also secured a 4-0 win over Deportivo during the weekend and will be full of confidence heading into the game. Furthermore, the return of Lionel Messi will be a major boost as well. The Argentine superstar returned to action against Deportivo and managed to score as well.

Luis Enrique will be without the services of Jordi Alba and Sergi Roberto. Both fullbacks are injured and should be replaced by Lucas Digne and Aleix Vidal.

Pep Guardiola will be dreading his return to Camp Nou this week. Manchester City are in a bit of crisis right now and the Etihad outfit have failed to win any of their last three matches in all competitions. The last away game they played was against Tottenham earlier this month and they were beaten 2-0. Guardiola’s men struggled to cope with the pressing from Spurs back then.

The Premier League giants will be up against a much better side away from home on Wednesday and Barcelona are better at pressing as well. City missed two penalties during their 1-1 draw against Everton on Saturday and they will be completely devoid of confidence heading into this game.

Captain Vincent Kompany and right-back Bacary Sagna are the only injury worries for Pep Guardiola at the moment.

Barcelona have won their last 4 matches against Manchester City in all competitions.

Man City are undefeated in 10 of their last 11 matches in the UEFA Champions League.

Barcelona have an impressive head t0 head record against Manchester City. Get Barcelona to win at 1/2 with Ladbrokes.

Manchester City have failed to win any of their last three matches and have conceded 6 times. Barcelona have scored 9 goals in their last 2 Champions League games. A high scoring game is likely here. Bet on the game to end with over 2.5 goals at 4/9.

Despite their current form and record against Barcelona, they have lost just once in their last 11 outings in Europe. Get Manchester City to win or draw at 6/4.

Barcelona are the better side here and Manchester City will have to improve significantly in order to take something from this game.

After their draw against Celtic, City will be under pressure to get a result here. If they lose, Celtic could close the gap with them with a win against Gladbach.

Both teams love to play free-flowing attacking football and it should be a treat for the neutrals. The home side should be able to edge this one on quality.