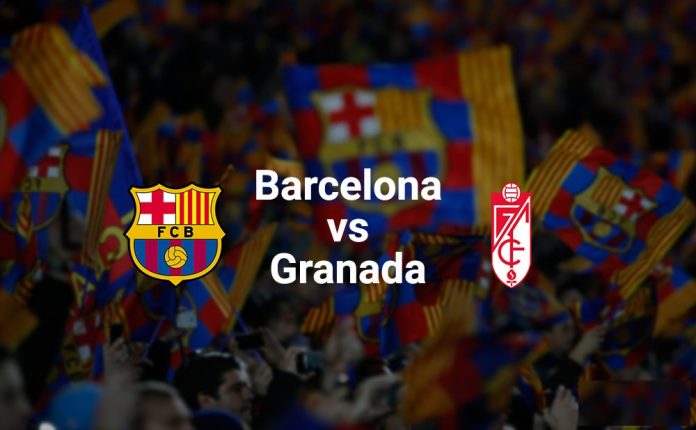 Barcelona host Granada in the La Liga this weekend, and the Spanish champions will be looking to close the gap with arch-rivals Real Madrid at the top of the table.

Los Blancos are two points ahead of the defending champions and Luis Enrique will be aiming for a fourth consecutive win this week. The Catalan giants are on a three-match winning run at the moment and have beaten the likes of Deportivo, Manchester City and Valencia in recent weeks.

The home side will be without several key players for the welcome of Granada and Enrique will need to rely on the trio of Messi, Suarez and Neymar to guide his side to victory.

Gerard Pique and Jeremy Mathieu are both injured. Spanish international Jordi Alba is also sidelined and the absence of star midfielder Andres Iniesta will also be a major blow for the home side.

Granada have been the worst team in La Liga so far this season. The away side will be dreading their visit to Camp Nou this weekend.  They have failed to win a single game in the league so far and only managed to end their losing run with a 0-0 draw against Gijon last week.

Furthermore, they have a terrible head-to-head record against the Spanish champions and will be severely devoid of confidence here.

Dimitri Foulquier and Gaston Silva are the only injury worries for the away side here.

Barcelona have scored at least 4 goals in their last 3 home matches against Granada in all competitions.

Barcelona have won 9 of their last 10 matches against Granada in all competitions.

Barcelona have scored at least 3 goals in their last 4 matches in La Liga.

Barcelona have kept a clean sheet in their last 4 home matches against Granada in all competitions.

Barcelona have been winning at both half time and full time in their last 4 matches against Granada in all competitions.

Granada have failed to win their last 10 matches in La Liga.

Granada have conceded at least 2 goals in 6 of their last 7 away matches in La Liga.

Barcelona will be determined for a win and it should be easy to secure considering Granada’s terrible form this season. Get Barcelona to win at 1/22 with Ladbrokes.

Barcelona have been scoring freely in their last few matches and Granada have conceded quite a few. Over 2.5 goals (1/8) seem likely.

Barcelona have kept a clean sheet in each of their last 4 meetings with Granada. Get them to win to nil at 8/13.

This should be a comfortable outing for the home side. Barcelona have done quite well in their last few games and should be able to extend that run with another big win over Granada.

The away side are in a crisis right now and a turnaround is almost impossible this week.