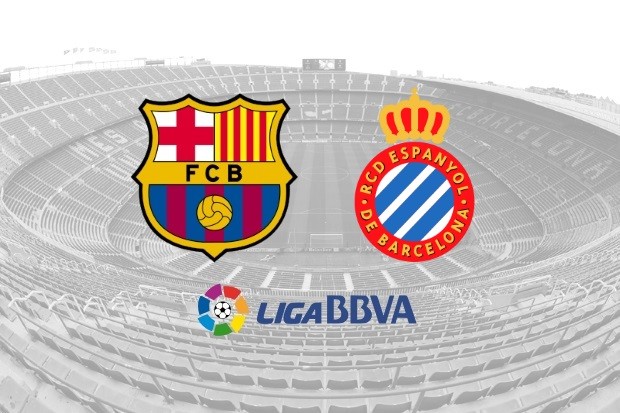 Barcelona host Espanyol in La Liga this weekend, and the Catalan giants will be hoping to close the gap between league leaders Real Madrid with a win.

Los Blancos are currently six points ahead and will play in the club world cup this weekend. This is a good opportunity for Barcelona to win and cut down the deficit to three points.

Barcelona have drawn three of their last four league games and will be looking to build on the win over Osasuna during their last outing. The Spanish champions have been quite inconsistent this season and cannot afford any more slip-ups if they want to stay in the title race.

Jeremy Mathieu is the only injury worry for Luis Enrique here.

Espanyol head into this game on the back of a six-match unbeaten run in La Liga.

The away side have performed better than the defending champions over the last month and will fancy their chances of a win here. Furthermore, Espanyol managed to win during their last visit to Camp Nou and will be aware of the challenge ahead of them.

Defensively, they have been brilliant this season and have kept four clean sheets in their last six matches in all competitions. Their defensive qualities will surely come in handy against the best attacking trio in world football.

Pablo Piatti and Victor Alvarez are the only injury worries for the away side.

Barcelona are undefeated in 30 of their last 33 home matches in La Liga.

Espanyol have kept a clean sheet in their last 4 away matches in La Liga.

Espanyol are undefeated in their last 9 matches in La Liga.

Espanyol have been tough to beat this season. Bet on them to win or draw at 13/2.

Barcelona are outstanding at home and are 1/9 to win the game.

Espanyol have a superb defence and will look to contain Barcelona’s attack here. A low scoring game is very much on the cards here (under 2.5 goals at 9/4).

Barcelona are without a doubt the better side here. In fact, they are the best team in the country when in form.

Espanyol are impressive at the back and will make life difficult for the home side, but they are not good enough to contain them.