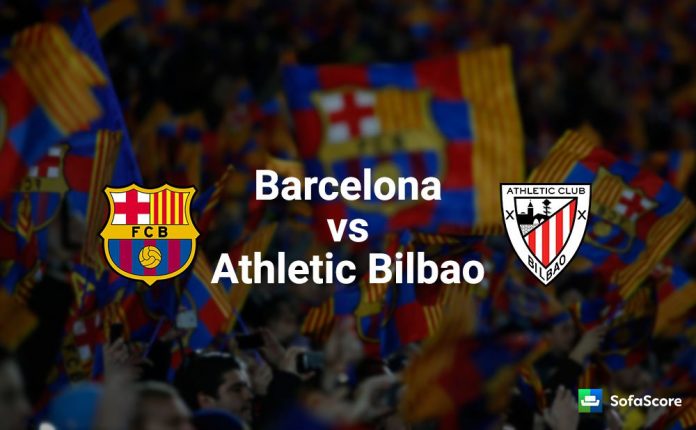 The Catalan giants were beaten 2-1 in the first leg and they will be desperate to turn this around. Luis Enrique’s men have had an inconsistent season so far and they will need to be at their best to eliminate the Basque outfit.

The Spanish champions are formidable at home and their home record is the only positive for them heading into this game. They failed to win against Villarreal in their last outing and will be lacking in form and confidence here.

Luis Enrique will have all of his first team stars fit and ready for this game. Jasper Cillessen is the only player injured for the home side.

Bilbao are heading into this game with a one goal lead and they will be fully aware of the challenge ahead of them.

When in form, Barcelona are the best team in Europe and can overturn the deficit with ease. Therefore, the away will need to be intelligent in their approach. The Basque outfit must dig deep and defend their advantage and then look to hurt the home side on the break. They also have the players to hurt Barcelona on the counter. The pace of Inaki Williams and Muniain could cause real damage to the home defence. Furthermore, Aduriz is an accomplished finisher and can convert the chances.

Bilbao certainly have the ability to trouble Barcelona here. They will need to keep their composure and perform like they did at home. They have won three of their last four outings and will fancy their chances of a win here.

Aketxe, De Marcos and Yeray are the only absentees for the away team.

Athletic Club have scored at least 2 goals in their last 3 matches in Copa del Rey.

Barcelona have won 5 of their last 6 meetings against Athletic Bilbao.

Barcelona have scored 11 goals in their last 2 home games in all competitions.

Barcelona have an impressive record against Bilbao. Bet on the Catalan giants to win tomorrow.

Athletic Bilbao are in very good form right now and have already beaten Barcelona a few days ago. Get the Basque side to win again.

Both teams have been scoring freely in the Copa Del Rey. Over 2.5 goals seem likely.

Barcelona are under tremendous pressure to perform and the home crowd will be expecting them to bounce back with a statement win.

They certainly have the quality to beat any side in world football when on form and Bilbao will struggle to cope with a motivated Barcelona attack in Camp Nou.

This should be a good contest, but the home side are likely to win.