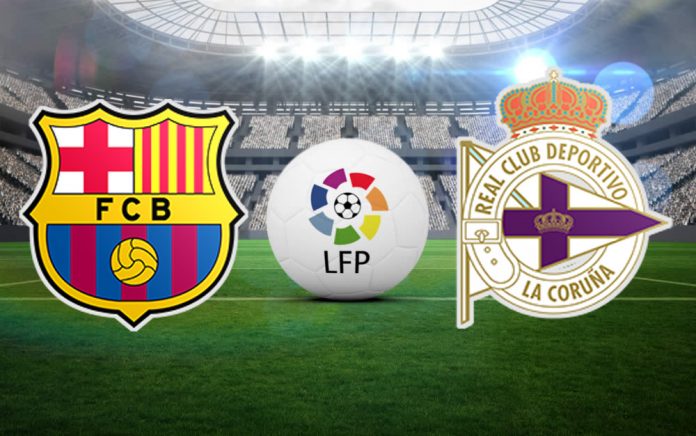 Barcelona host Deportivo La Coruna is in La Liga this weekend, and the Catalan giants will be hoping to bounce back from their defeat against Celta Vigo last time out.

Luis Enrique‘s side have made a mixed start to the season so far and are fourth in the table. The defending champions are already behind Atlético Madrid and Real Madrid in the table, and cannot afford to drop more points.

Defensively, Barcelona have been quite poor off late and will need to improve in that department if they want to successfully defend their title this season. The hosts have only kept one clean sheet in their last five competitive matches.

Enrique will be without the services of Jordi Alba and Sergi Roberto. Both fullbacks are injured and will be replaced by Lucas Digne and Aleix Vidal.

Deportivo have made a poor start to the season and have struggled since the sale of star striker Lucas Perez. Perez joined Arsenal earlier this season and Deportivo have won only once since his departure.

However, they will need a huge slice of luck to repeat that result against Barcelona. The hosts will be hungry for three points here and Deportivo will have to do really well to contain the trio of Messi, Suarez, and Neymar.

Faycal Fajr could return to the starting lineup after serving his suspension. Right back Juanfran remains a doubt for the trip to Camp Nou.

Barcelona are undefeated in their last 12 matches against Deportivo in all competitions.

Barcelona have scored at least 2 goals in 9 of their last 10 home matches against Deportivo in all competitions.

Deportivo have failed to score in their last 3 away matches (La Liga).

Deportivo have failed to win 14 of their last 15 away matches (La Liga).

Barcelona have an excellent record against Deportivo. They should be able to extend that run here. Get Barcelona to win at 1/9 with Ladbrokes.

Deportivo have struggled in front of goal. They have failed to score in their last 3 away games. Get Barcelona to win to nil at 8/11.

This should be a fairly simple game for Barcelona. They will improve with the return of Umtiti and Messi. There will be no lack of motivation after the loss against Celta in the previous game. Barcelona should be able to exploit Deportivo’s failings and secure the three points here.