Spanish press are in absolute shock as the La Roja, the defending champions, had bowed out of the World Cup last night, after suffering a humiliating 2-0 defeat against Chile. They say it’s an end of an era. An era of Spain’s golden generation that gave world football so much to cherish about for the last six or eight years. 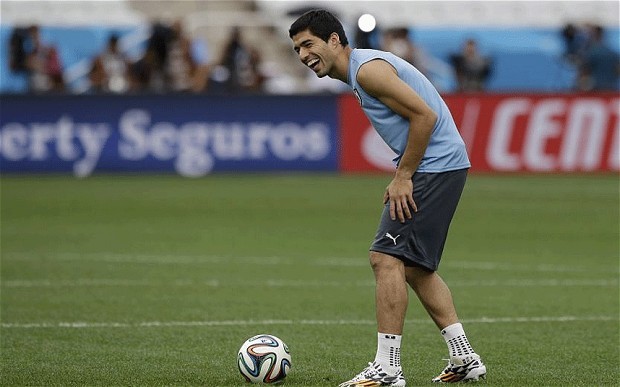 Back on the transfer front and Barcelona have now set their sights on Liverpool’s talisman striker Luis Suarez, who is also a reported target of Real Madrid.

According to Catalan newspaper Sport, some board members of Barcelona have discussed with president Sandro Rosell about the possibility of signing Luis Suarez, as they feel a marquee signing is needed to get the supporters excited again, having endured a disappointing and frustrating campaign last term. 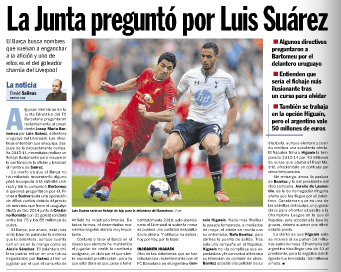 Barcelona however have not made any formal approach for Luis Suarez, who scored 31 league goals last season for the Reds and could cost around €75-85m. However, the Catalan press believe that Suarez might be interested in joining the Blaugrana (they feel Suarez has long dreamt of wearing the Barcelona shirt) while Alexis Sanchez, who has been a reported target of Liverpool, could be used to sweeten the deal.

Suarez has been a reported target of Real Madrid as well, however the Los Blancos are fixed with the dilemma, whether to put in a big money offer for the Uruguayan or stick with French striker Karim Benzema, whose contract expires in 2015.

With Champions League football returning back to Anfield next season, Liverpool will try their best to keep hold of Suarez. However, should any potential club submit an offer in excess of €90m, Liverpool might be tempted to cash in on the maverick star.