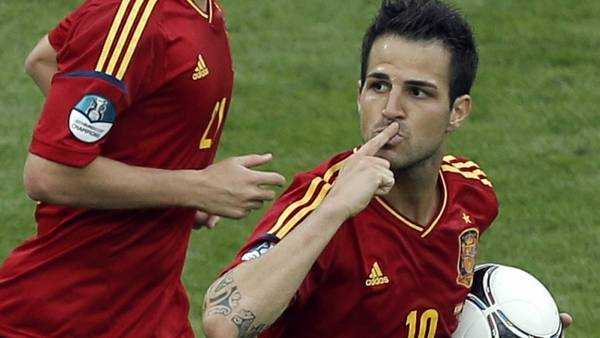 Barcelona midfielder Xavi believes Cesc Fabregas’ move to Chelsea was good as the 27-year-old was keen on joining the Blues.

The Spain international was keen on re-joining his former club Arsenal, but the Gunners manager Arsene Wenger rejected a chance to re-sign Fabregas. His compatriot and former club teammate says the midfielder has signed for a good team.

“It’s a great opportunity for him to be signed by a good team. I think he was hoping that would happen. He’s happy as he knows his future now for the next few years,” he added.

Meanwhile, Xavi has admitted the departure of Fabregas from Camp Nou will be a big loss to Barcelona. However, he wants his good friend to be happy at his new club and has wished him luck.

“It’s a very big loss for Barcelona, that’s clear, but he looks happy. I’m a very good friend of his so I would like to wish him all the very best,” Barcelona star said.

Both Xavi and Fabregas are preparing for their first World Cup fixture as Spain take on Holland, in what is to be a revenge match after the Dutch team lost to the world champions in the last final in South Africa.

Fabrgeas is likely to replace Chelsea legend Frank Lampard in the squad after the West London allowed the England international leave Stamford Bridge on a free transfer.