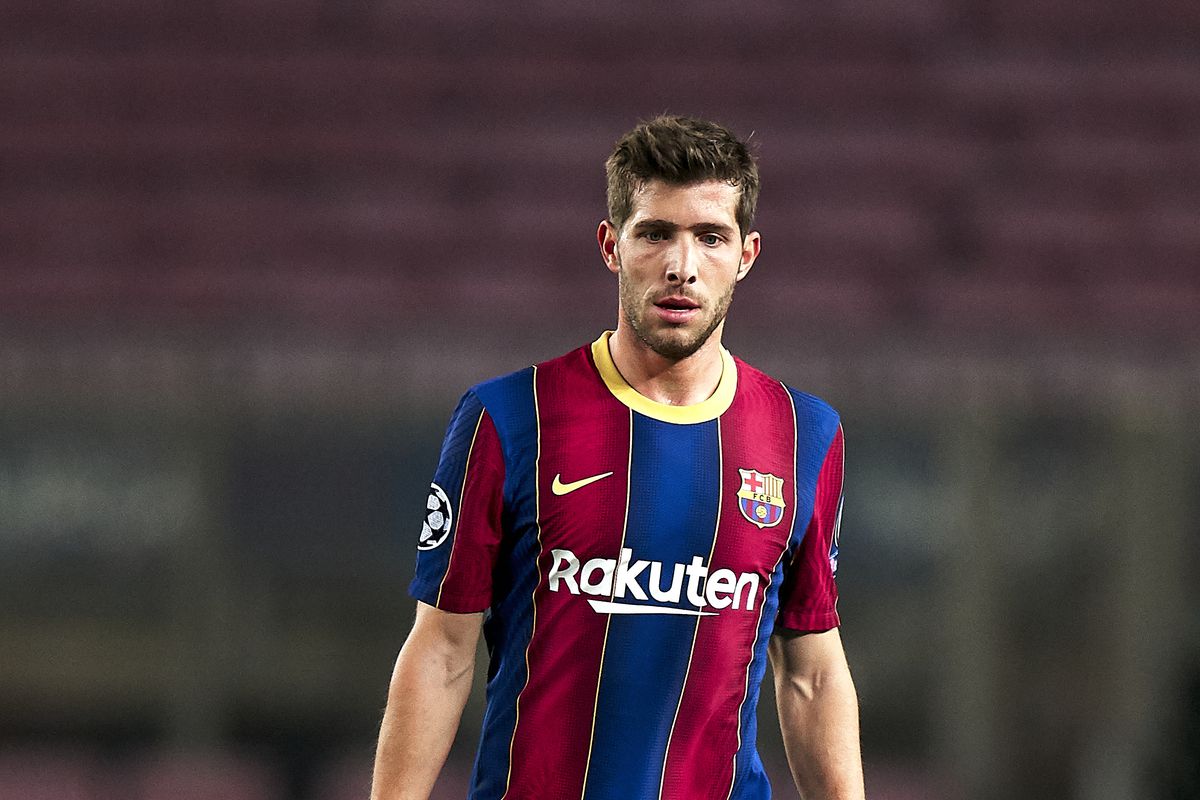 Barcelona are prepared to sanction the sale of Sergi Roberto after declining to negotiate a new contract, Mundo Deportivo claims.

The Spaniard has spent his entire career with the Catalan giants, registering 304 appearances across all competitions.

He has less than 13 months left on his contract, and the hierarchy have yet to make contact with his agent over a renewal.

It is reported that the Blaugrana could be leaning towards his potential exit during the forthcoming summer transfer window.

Roberto had an injury-plagued 2020/21 campaign for the Blaugrana, playing just 1,200 minutes in all competitions.

The club are prepared to sanction his sale this summer as they now have plenty of cover for the right-back position.

Sergino Dest and Oscar Mingueza can play in the role, while new signing Emerson Royal will also provide competition for places.

Meanwhile, the Catalan giants also have adequate midfield options, and it appears the right time to part ways with their graduate.

The €25 million-rated star could be used in a swap deal this summer, with suggestions that Manchester City may be interested in signing him.

Pep Guardiola is an admirer of the Spaniard, and it has been reported that he could be offered as a makeweight for Aymeric Laporte.

Roberto’s impressive passing range and control of play would make him a quality addition to the Cityzens’ midfield ahead of next season.

Meanwhile, Roberto could be joined by Ousmane Dembele through the exit door, with his contract also expiring in the summer of 2022.

The Blaugrana have been negotiating a new deal, but there has been no progress with the Frenchman having concerns over the project.