‘Sign me by Thursday, or i won’t join’, Man United warned 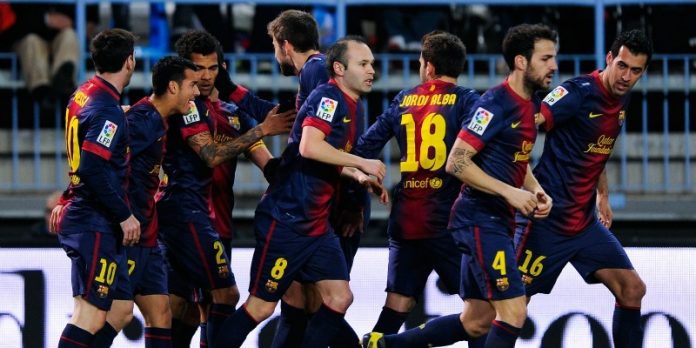 Barcelona forward Pedro Rodriguez has informed Manchester United that he wants his transfer sorted by Thursday.

The Pedro transfer saga has been going on for the last few weeks and it appears that the player is frustrated about the situation. The player is keen on the move, Manchester United want him and Barcelona are powerless to stop him.

So what caused the delay?

Manchester United are unwilling to match Barcelona’s demands, according to Mundo Deportivo. Barcelona have asked for 30 million euros for their prized asset, but United are prepared to go upto 25 million euros.

The Old Trafford outfit have offered 5 million euros in performances based bonuses, but Barcelona want all of the money upfront.

Pedro has informed both clubs that he will make a final decision regarding his future in 72 hours (on Tuesday).

If Manchester United decide to up their offer top 30 million euros, the Spaniard his more than willing to make the move.

However, he is keen to not delay the issue any longer and will commit to Barcelona if his suitors refuse to pay up by tomorrow.

These are certainly interesting claims from Mundo, and it remains to be seen how Manchester United react to Pedro’s request.

It is believed that Ed Woodward travelled to Spain earlier this week to finalise talks, but Chelsea have made a late swoop and have now offered to pay the amount in full if the Spaniard snubs Manchester United in favour of Chelsea.