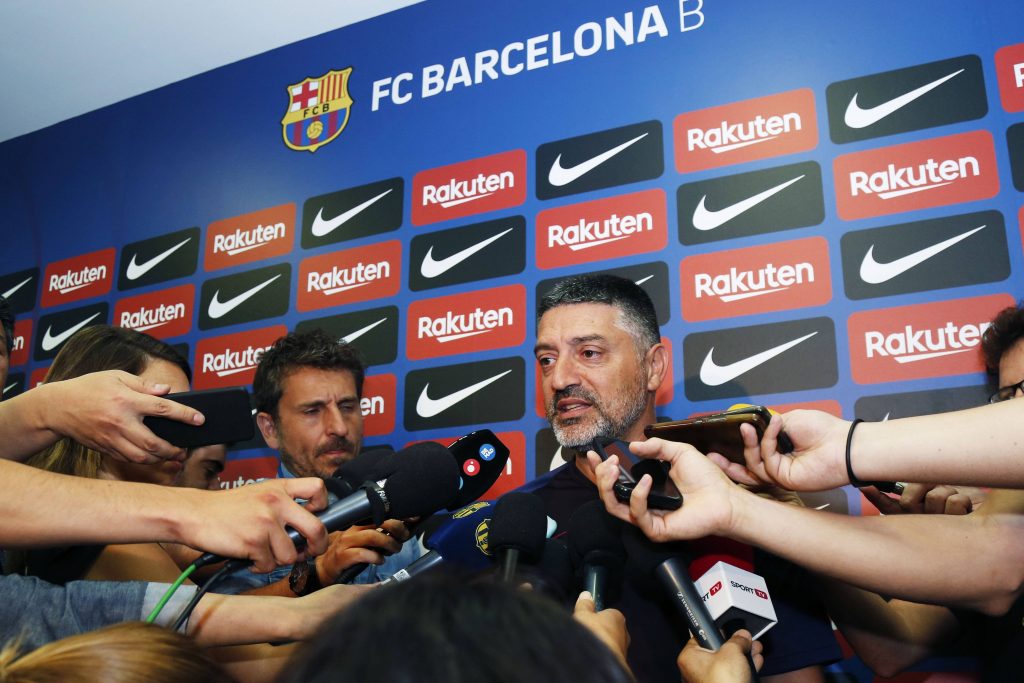 The news has come as a blow to fans as Pimienta attracted praise for the work he did with the Blaugrana developmental side over the past three years.

Pimienta helped to nurture the talent of highly-rated youth products such as Alex Collado, Ronald Araujo and Riqui Puig.

The Blaugrana B team made it to the Segunda Division B promotion play-offs before a penalty shoot-out defeat against UCAM Murcia.

Pimienta’s impressive leadership of the youngsters even led to him being touted as an outside candidate to potentially succeed Ronald Koeman as the first-team coach.

This development is one of several structural changes that the La Liga giants are set to make as they rebuild following several years of underachievement in Europe and domestically.

If the club fails again next season, there is little doubt that this will be one of the decisions questioned as Pimienta is loved by fans as highlighted by the reaction on social media.

Heavily against this decision. Laporta should remember what Pimienta has done, was there even during his first tenure as president.
I understand he wants to "move on" and not look back, but this is not the right way. Wonder who's coming in, assuming Sergi Mila takes over. https://t.co/Xz5RCjymHZ

No way have they gone and sacked Garcia Pimienta. A man who has been at this club for over 14 years and has nurtured most La Masia talents, including Messi. Terrible decision by the board, shocking to be honest.

When I said earlier that this board isn't a fan of Pimienta, I wad said every news from SPORT is total waste and not to believe it.

Guess, I was right to believe it. First Franc Artiga and now Garcia Pimienta. We are going backwards. https://t.co/douDRgKAPP

Barcas are set to undergo several first-team changes this summer, with Manchester City’s Aymeric Laporte amongst their targets.

The 27-year-old will be popular at Camp Nou, especially after recently committing his international future to Spain despite being born in France.