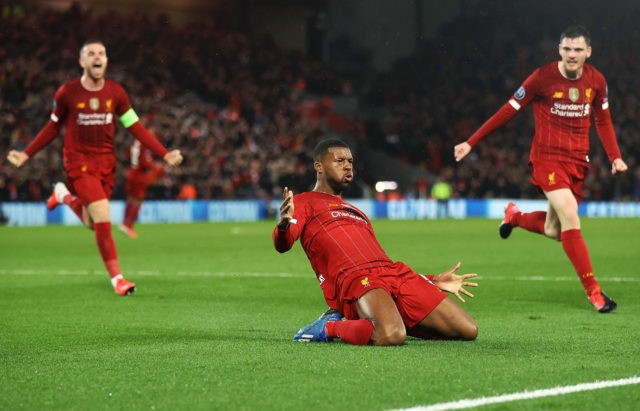 According to Dutch outlet Algemeen Daglad, Ronald Koeman is keen on signing Liverpool midfielder Georginio Wijnaldum after being appointed as the Barcelona head coach.

Koeman was recently announced as the Blaugrana manager after the dismissal of Quique Setien and he has a huge rebuilding job on his hands after the club’s humiliating 8-2 defeat to Bayern Munich in the Champions League quarter-final.

The Catalan giants have already bolstered their midfield with the purchase of Miralem Pjanic from Juventus and it is now reported that the club could pursue another experienced player in the form of Wijnaldum.

Wijnaldum has just over 10 months remaining on his contract with Premier League champions Liverpool and so far, there has been no progress in terms of a contract extension with the club.

While the Reds remain optimistic of committing him to a new deal, Koeman is said to be considering a reunion with the midfielder, who he has worked with in the Dutch national setup over the past couple of years.

Wijnaldum has been a key player in the transformation of the Dutch side, who failed to qualify for Euro 2016 and the 2018 World Cup and Koeman believes the 29-year-old could do a similar resurrection job with the Blaugrana.

The Netherlands international has been with Liverpool since the summer of 2016 when he made the switch from Newcastle United, who were relegated from the top-flight back then.

He has been a regular starter for the Reds under Jurgen Klopp and has managed 186 appearances in all competitions. He is currently valued at £36m, as per Transfermarkt.