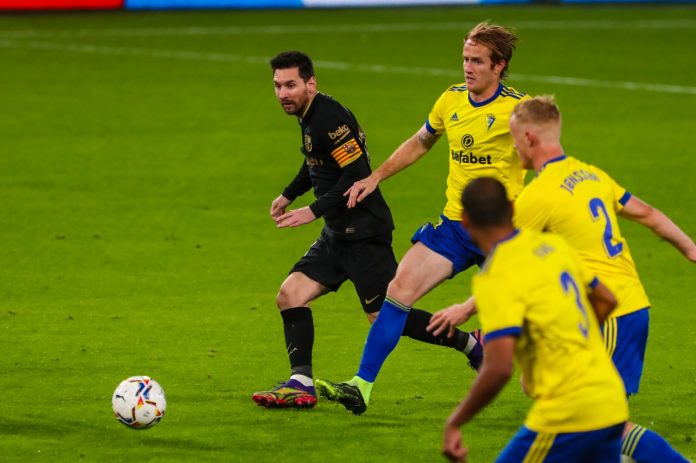 Barcelona faces a severe crisis in their dressing room as the relationship between Lionel Messi and Marc-Andre ter Stegen has now reached a boiling point for the second time. This is not the first time the pair have fallen out at Barca as they have had issues in the past as well.

A report from Diaro Gol states that the two have had a massive bust-up that has seen their relationship fall out completely. The reason is because of Messi’s voting in the FIFA The Best awards. The 33-year-old South American had voted for Keylor Navas as the best goalkeeper followed by Manuel Neuer and Jan Oblak. Quite a shocking choice of votes from Messi who generally always voted for his teammates.

Lionel Messi’s decision of snubbing Marc-Andre ter Stegen for Keylor Navas at the FIFA Best Awards has not gone down well between the two teammates. The report from Diaro Gol claims that Ter Stegen has even reconsidered his future at Barca despite renewing his contract with the club recently.

The German goalkeeper has now reportedly put a hold on his autobiography movie, with the reason being that the former Borussia Monchengladbach goalkeeper wants his movie to be made next season when Messi is expected to leave.

Meanwhile, Lionel Messi has dropped another bomb at Barcelona after his interview with La Sexta where he revealed his reasons behind wanting to leave last summer and why his potential exit was blocked by Josep Maria Bartomeu. It is certain that the 33-year-old will leave the Camp Nou next summer, however, as of now, there seems to be no offer.

The dressing room is currently torn apart as the club continues to underperform. The draw against Eibar saw Lionel Messi leave the stands of the stadium with his head held low along with a dejected look.