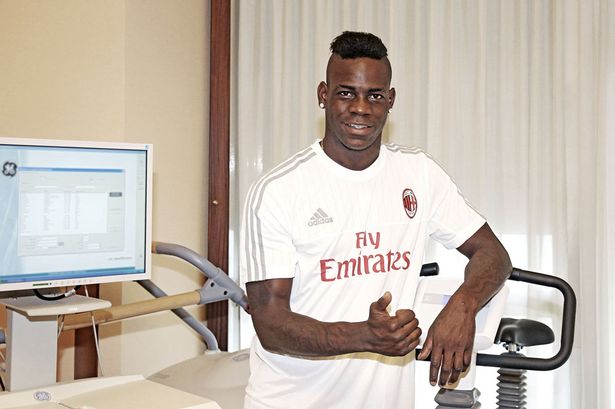 Liverpool striker Mario Balotelli has completed his loan move to AC Milan yesterday and has been handed a code of conduct on his arrival.

The former Manchester City striker is famous for his notorious stunts and has been warned that his actions will not be tolerated at Milan anymore.

According to Gazzetta dello Sport, the club’s hierarchy, including CEO Adriano Galliani and  Mihajlovic, have issued Balotelli with a list of do’s and don’ts this season.

Toning down his ‘extravagant hairstyles’

Cutting out his smoking habit

Always showing up on time and banned from visiting nightclubs

It will be certainly interesting to see if Mario adheres to the code of conduct set by Milan. However, there is no doubt that this is perhaps his last chance to shine for a top club.

Having been offloaded from Inter, Manchester City, Milan and Liverpool, Balotelli has failed to find a home yet. Despite the glowing reviews from his teammates, the Italian has somehow failed to convince his managers.

Liverpool will be hoping that Balotelli finds his old form with Milan, so that they can get rid of the Italian next summer.