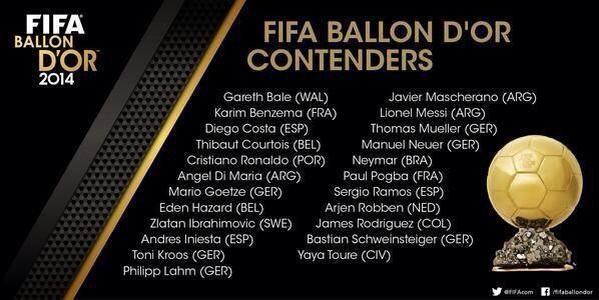 It’s that time of the year, the time to reward the best player on earth for his outstanding display on football pitch. FIFA have nominated the 23-man shortlist for this year’s Ballon D’or where three current players from Chelsea have been nominated.

Thibaut Courtois, Diego Costa and Eden Hazard are the three current Chelsea players who are shortlisted for this award, although Courtois and Costa were mainly selected for their outstanding performances last season with Atletico Madrid.

Four players from Barcelona – Neymar, Lionel Messi, Andres Iniesta and Javier Mascherano – feature in the list while five players from Bayern Munich have made the cut in the 23-man shortlist. 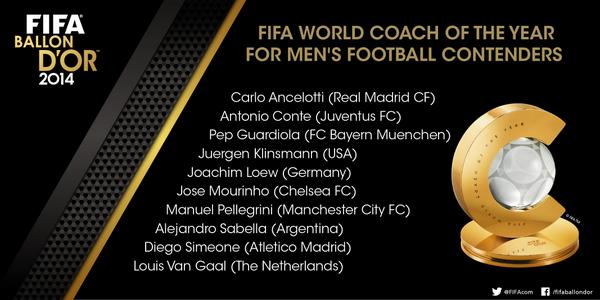 FIFA have also announced the shortlist of coaches of the year. Chelsea’s Jose Mourinho and Manchester United manager Louis van Gaal feature in the 10-man shortlist.

Needless to say, Real Madrid’s Cristiano Ronaldo, who has been in sparkling form this season, is favourite to win the award.