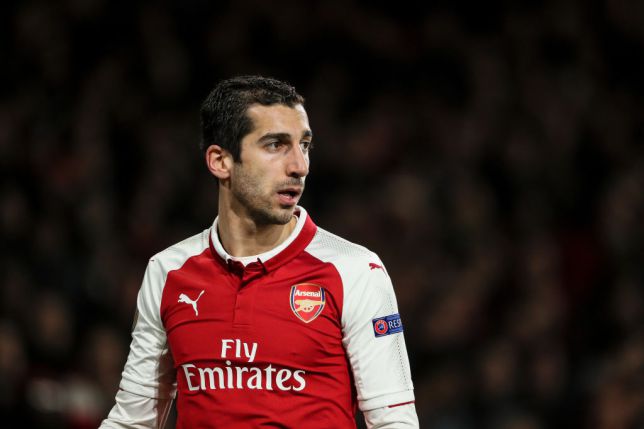 According to the Independent, Arsenal midfielder Henrikh Mkhitaryan will miss Thursday’s Europa League clash against Qarabag due to tensions between Azerbaijan and Armenia – Mkhitaryan’s native country. The report states that Armenian citizens have been banned from travelling to Azerbaijan, but the law has been amended in the past for professional athletes and entertainers.

Mkhitaryan may have qualified to be a special exemption, and the Independent state the Azerbaijan embassy made it clear his nationality wouldn’t affect the visa application, but he’s instead opted to sit it out. A similar thing has happened in the past too, with the 29-year-old missing out for Borussia Dortmund against Qarabag in 2015.

While the playmaker has hardly featured in recent weeks, failing to start a Premier League game after August 25, his absence on Thursday will be a blow for Arsenal. He played a full 90 minutes in the Gunners’ first Europa League clash against Vorskla on September 20 and would surely have been in line to start against Qarabag.

Mkhitaryan has racked up only 22 minutes of football in the last month and was an unused substitute in Saturday’s 2-0 win over Watford. He’s contributed four goals in all competitions this season.