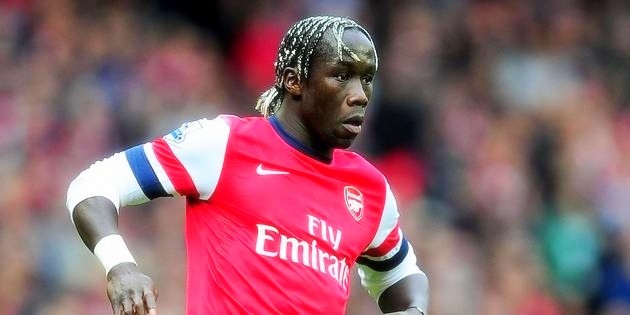 Arsenal right back Bacary Sagna is reportedly looking to leave the Gunners at the end of this season after being infuriated by Arsenal’s contract offer.

Bacary Sagna has been in the news earlier in the season when he criticized the club for selling Alex Song and Robin van Persie. The Frenchman also stated back then that he is unsure about his own future at the club.

But now it seems that the full-back has decided to leave the Gunners at the end of this season. According to reports in the Daily Mail, Arsenal have offered Sagna only an one year extension to his present contract which expires in 2014.

The 29-year-old defender, who is said to be looking for one final big contract, before he enters the fag end of his career, was left disappointed by this offer from Arsenal.

The Gunners have maintained the policy, like most other Premier League clubs, of offering only an one year extension to players above 30 years of age. Arsenal are said to concerned about Sagna’s fitness in the long run, as the defender missed the start of this season due to a long-term injury.

There is also a wrangle regarding the wages Arsenal have offered. The Gunners have refused to increase his current salary of £60,000 a week, while Sagna is expecting a hike. Sagna, according to reports, has already disclosed to his team mates about his decision to leave the club at the end of the current season as looks for one final big pay day.

Arsenal are already facing similar contract issue with Theo Walcott. The English international’s future at the Emirates is in doubt after the winger rejected the new contract offer by the Gunners. So Arsenal are potentially in a situation, where they might once again loose two of their big name players next season.

Italian clubs AC Milan and Inter are said to be monitoring the defender’s contract situation and if Sagna departs, he will be a big loss for the, already defensively frail, London club.

The Frenchman has been the most consistent defender for Arsenal in the past 2-3 seasons. He is easily of the best right-backs in the world currently, although there are concerns about his fitness.