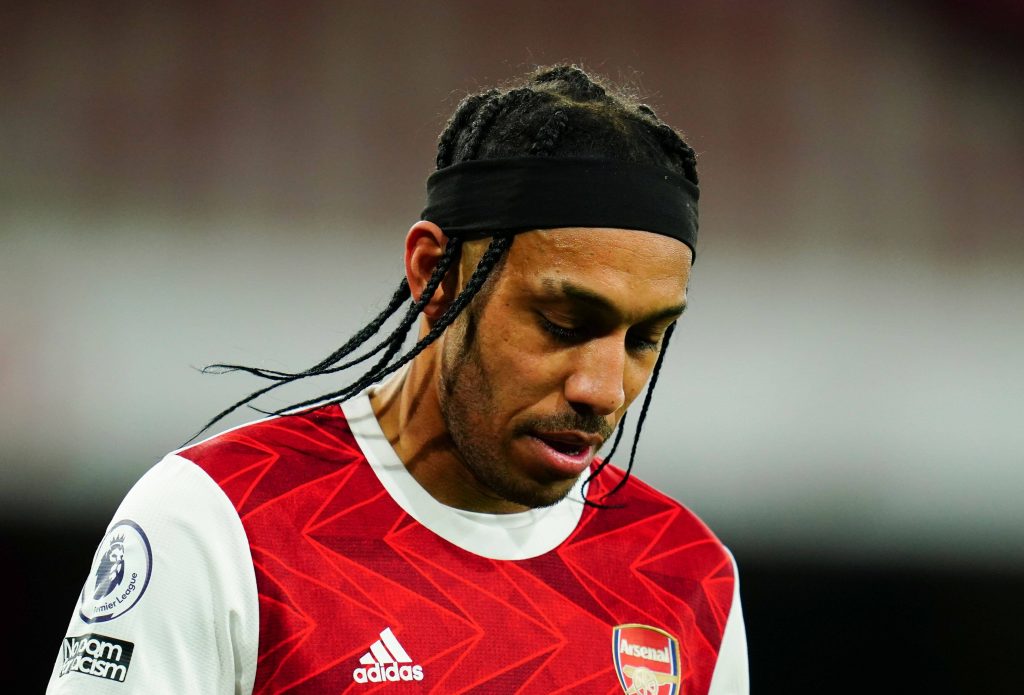 ‘Barely a day goes by in football without someone spouting nonsense’. Where have we heard that before? Ah yes, here and here.

The latest addition to the ranks is talkSPORT pundit Tony Cascarino’s views on Pierre-Emerick Aubemeyang.

The Arsenal captain wasn’t at his best during Arsenal’s 3-0 defeat against Liverpool on Saturday, sparking the following waffle from Cascarino.

“Aubameyang was nearly playing behind (Kieran) Tierney,” he said.

“He does frustrate me anyway because I do think he’s one of those players where I look at him and think ‘your numbers, are they an illusion?’ Because that is the only argument.

“I remember having a conversation about Aubameyang and the only debate, and why you always get concerned about being critical of him – his numbers tell you he’s a great striker and gets lots of goals, but to me I just don’t see a team player there. I just don’t.”

Let’s kick things off by saying that Aubameyang didn’t play well against Liverpool. However, he certainly wasn’t helped by Arsenal’s lack of quality across the pitch.

Ultimately, the blame for this lies squarely at the door of manager Mikel Arteta. He picks the team and chooses the tactics – given where the Gunners are in the league at the moment, he’s not doing either of those things particularly well.

Cascarino, and other pundits, criticised Aubameyang for playing too deep on Saturday. Is that his fault or Arteta’s? Could it be that Aubameyang was doing what he could to try and dig the team out of a hole by mucking in defensively?

Either way, anyone with half a brain knows that Aubameyang is best deployed as a striker. Much like Alexandre Lacazette, the Gabonese has often been tasked with playing out of position.

This has undoubtedly harmed his performances, and this is Arteta’s fault.

For someone who is supposedly one of football’s best up-and-coming coaches, the Spaniard doesn’t half come across as someone who is too clever for his own good with many of the decisions he makes.