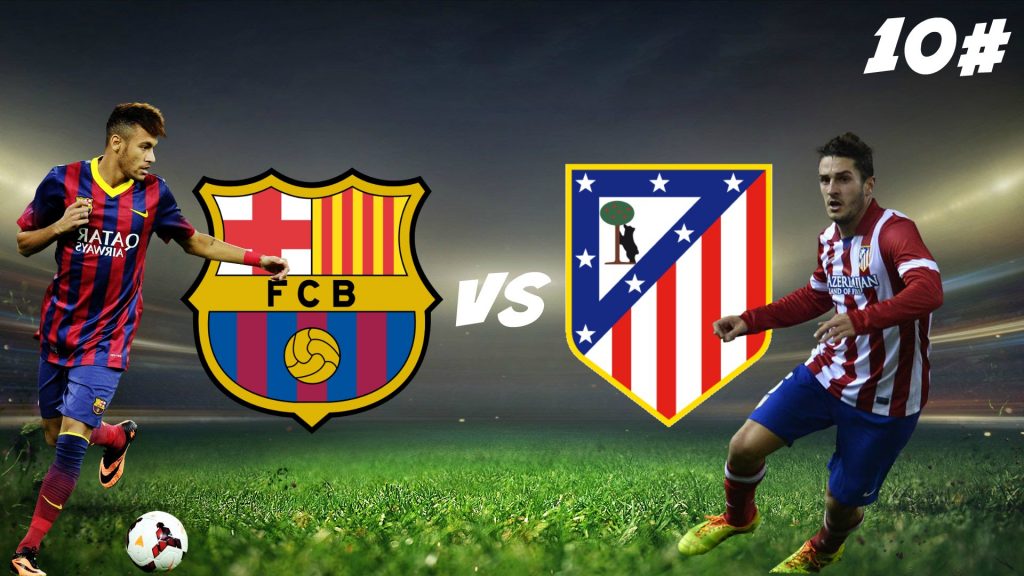 Atletico Madrid host Barcelona in La Liga this weekend and Diego Simeone’s men will be looking to get closer to the top three with a home win.

Sevilla are four points ahead in the third place and the home side cannot afford any more slip-ups if they want to qualify for the Champions League directly. Atletico have had a poor season by their standards and will need to be careful against a team like Barcelona.

The home side are unbeaten in their last five matches, picking up four wins and a draw in the process.

Tiago, Godin, Bernabe, Juanfran and Fernandez are ruled out of the game with injuries.

Barcelona are just one point behind Real Madrid in the league table and this is a great opportunity for them to cut down the deficit.

Luis Enrique’s men have the best away record in the division and will fancy their chances against an inconsistent Atletico Madrid side.

Barcelona were recently thumped in a big game (against PSG) and they will need to be more cautious here. Atletico Madrid are well organised at the back and have the ability to destroy most teams on the break.

Turan, Rafinha, Mascherano and Vidal are expected to miss out with injuries.

Atletico have won 15 of their last 18 home matches in La Liga.

Barcelona are undefeated in their last 16 matches in La Liga.

Barcelona are undefeated in 11 of their last 12 matches against Atletico in all competitions.

Barcelona have scored at least 2 goals in 5 of their last 6 matches in La Liga.

Atletico have scored at least 2 goals in their last 3 matches in La Liga.

Barcelona have been winning at both half time and full time in 5 of their last 6 matches in La Liga. Bet on the away side to win both halves here.

There have been over 2.5 goals scored in 5 of Barcelona’s last 6 games in La Liga. Bet on a high scoring game here.

Atletico are outstanding at home and Barcelona have a very good record against them. A draw is definitely on the cards here.

Atletico have always impressed at home under Simeone and they will be hard to beat as usual. However, Barcelona have enjoyed great form against Atletico in the last few seasons.

It should be a close contest between two very good teams and they are likely to cancel each other out here.