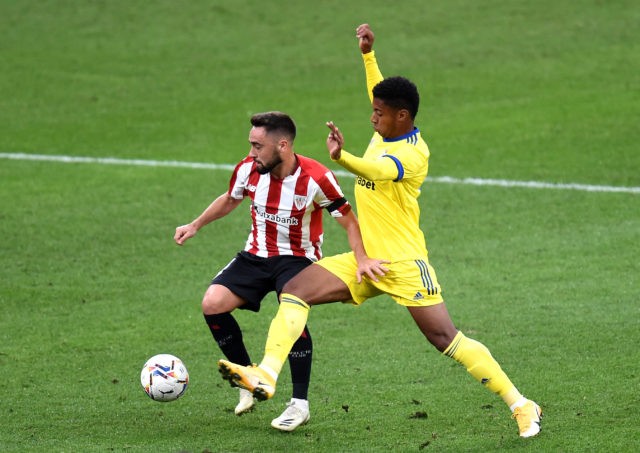 Athletic Bilbao will be looking to get back to winning ways when they take on Granada in La Liga at the San Mames on Friday.

Watch and bet on Athletic Bilbao vs Granada live stream at bet365>livestreaming>football from 20:00 GMT on Friday, November 26. To watch you must register an account and have a balance of £1 or more.

Athletic Bilbao are currently 8th in the league table and they are currently on a winless run. The home side have had too many draws this season and they will be hoping to turn them into victories now.

They are the superior side in terms of quality and depth and this is a golden opportunity for them to pick up all three points against Granada.

Meanwhile, the visitors are 17th in the league table with just two wins from 13 league matches and they were comfortably beaten in their last two outings. The visitors will need to improve immensely in order to get something out of this contest.

Domingos Duarte, Neyder Lozano and Luis Milla are injured for Granada while Monchu is suspended following a red card.

Here are the latest betting odds for Athletic Bilbao vs Granada from bet365:

Athletic Bilbao are currently winless in their last four matches across all competitions but three of those have ended as draws. Meanwhile, Granada have picked up two draws and two defeats in their last six league matches.

Bilbao have done well against Granada at home and they have won the last four meetings in all competitions. The away side are in poor form and it remains to be seen whether the players can step up and pull off a morale-boosting win here.

Granada have managed to beat Bilbao thrice in a row but all of those wins have come at home. They have struggled to beat the Basque side away from home in the recent meetings and this one should be another tough outing for them.

The home side are in better form right now and they should be able to pick up a narrow win.

How to watch Athletic Bilbao vs Granada Live Stream

Athletic Bilbao vs Granada Free Bet: Get £100 in Bet Credits at bet365