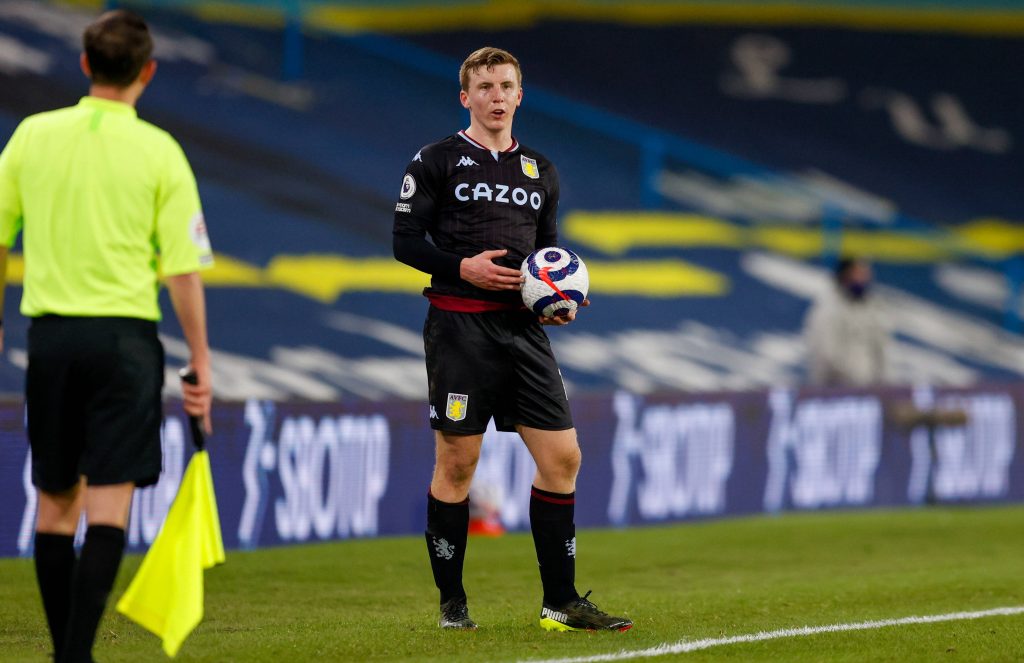 Aston Villa left-back Matt Targett is being considered for an England call-up later this month.

According to Mirror, England manager Gareth Southgate is impressed with the left-back’s consistent performances this season.

The 25-year-old defender has helped Villa keep 13 clean sheets and he may be on the verge of breaking into the national squad.

With the European Championships around the corner, this could be a great opportunity for Targett to impress the manager and cement his England place.

His club teammate Jack Grealish has already made quite an impression since breaking into the England set-up and Targett will be hoping to follow in his footsteps.

Southgate wants to play a back three with wing-backs this summer and Targett could prove to be a quality option in that system.

Ben Chilwell is another option but the Villa defender has outshone the Chelsea player this season.

Arsenal youngster Bukayo Saka is also in the running. The youngster has been outstanding this season and he would certainly be more effective than Targett and Chilwell going forward.

England take on the likes of San Marino, Albania and Poland in World Cup qualifiers at the end of this month and Targett will be hoping to make his mark.

Villa fans have taken to Twitter claiming that the defender deserves his chance with England and here is what they had to say.

A left back in the England team? Is this happening 🤯 + well deserved

He’s been great for us, lacks a yard at international level though

He’s deserved it this season. No way Konsa has gone unnoticed though.