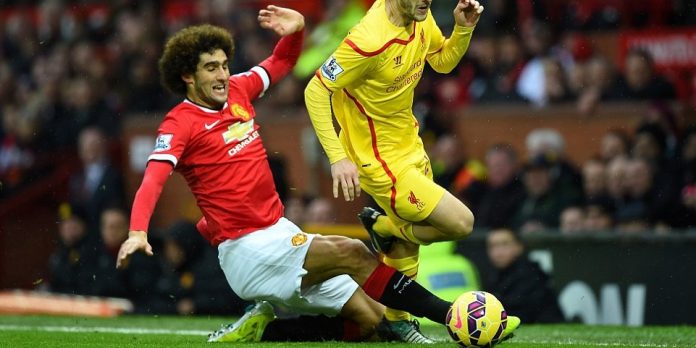 Louis Van Gaal and his in-form United team travel to Villa Park on Saturday in an attempt to make it seven wins on the spin, and give further credence to their growing title dreams.

Their early season troubles but a distant memory, the Red Devils have seen off Crystal Palace, Arsenal, Hull, Stoke, Southampton and Liverpool during their awesome run, taking them up to third in the table, just five points behind bitter rivals Manchester City; with a match against the hit-and-miss Aston Villa one they’ll see as wholly winnable.

Striker Robin van Persie’s return to form certainly been a big help, with the Dutchman bagging four goals in his last four outings, while the previously out-of-favour Marouane Fellaini has been massive in midfield this season.

While United are five behind their rivals, Paul Lambert’s Villa are five above the dreaded relegation zone, with his side currently the lowest scoring in the Premiership. Villa have hit the back of the net just ten times so far, with their October goal of the month competition cancelled by the club after a barren spell of five games without scoring.

Still, with two defeats in their last seven, things are (slowly) starting to look up; but a 1-0 loss last time out to fellow strugglers West Brom will have done little to boost morale.