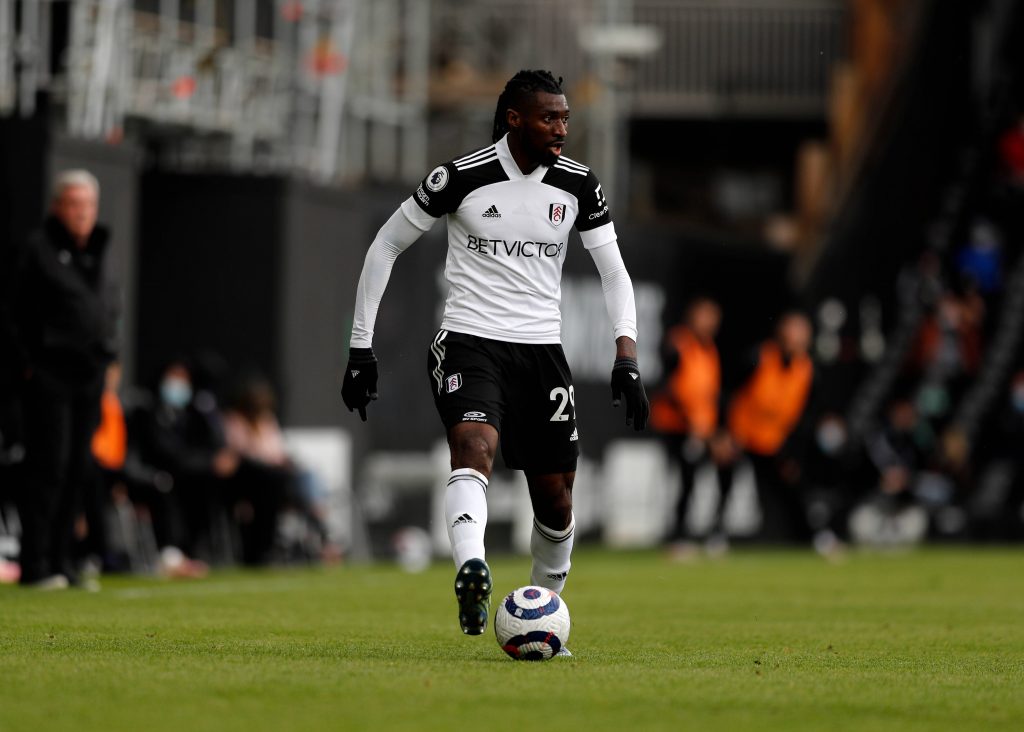 Aston Villa have been linked with a move for Fulham midfielder Andre-Frank Zambo Anguissa.

According to Gazzetta dello Sport via Birmingham Mail, Villa are leading the chase to sign the 25-year-old who is keen on leaving the London club this summer.

Fulham were relegated to the Championship after a poor season, but Anguissa impressed with his performances in the Premier League.

A player of his calibre deserves to play in the top flight, and it is no surprise that he is looking to leave Craven Cottage.

The midfielder is valued at around £25 million, and it is unclear whether Villa are prepared to pay that much to secure his services.

The Midlands club need more depth in central midfield, and Anguissa could prove to be a quality addition.

He would add drive, flair and defensive cover to Dean Smith’s line-up and could make an immediate impact at Villa Park this season.

The player has also been linked with Arsenal, but Villa’s greater ambition may appeal more to Anguissa.

Aston Villa recently sanctioned the departure of Jack Grealish to Manchester City, and they have the funds to complete the transfer before the window closes.