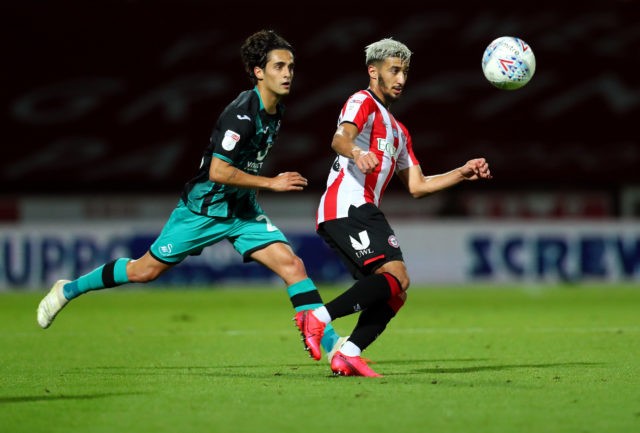 Brentford booked their place in the quarter-final of the League Cup last night following a 3-0 victory over Fulham, and they have Said Benrahma to thank for the win.

The Algerian was unplayable against the newly-promoted side, grabbing a brace and running rings around their defence all game as the Bees exacted revenge on Scott Parker’s side for August’s Championship play-off final defeat.

Benrahma’s performance caught the eyes of Aston Villa fans, and some of them want him signed before Monday’s transfer deadline.

Dean Smith’s side have been linked with the 25-year-old who scored 17 goals and made nine assists in 43 Championship games last season.

Benrahma beat his marker with a deft piece of skill and found the corner from the edge of the box for his second goal yesterday, and it got some Villa fans reacting thus on Twitter:

Have a word gabby & get him in before the window closes

Have a word Gab @AVFCOfficial

Tell Deano to pull his finger out

Need him in our team
Dreadful tonight

@AVFCOfficial GO GET THIS MAN

Why haven’t we signed him yet gabby

Villa have already signed his teammate Ollie Watkins, and it’s believed around £20 million could be enough to land him.

They submitted a £14 million bid for Benrahma last term and it remains to be seen whether they will return with another offer with just a few days left in the transfer window.