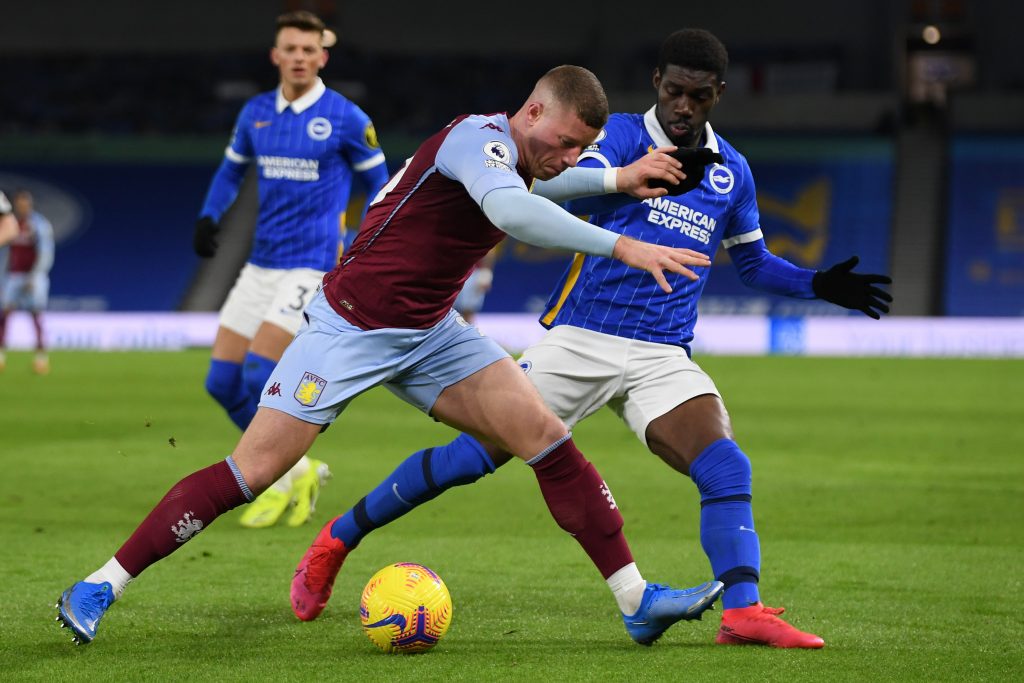 Aston Villa slipped to a 2-1 defeat against Leicester City in the Premier League yesterday.

The home side were vulnerable at the back and the Foxes managed to grind out all three points thanks to two first-half goals from James Maddison and Harvey Barnes.

Yesterday’s defeat leaves Villa eighth in the table and they will have to improve in the coming weeks if they want to sustain their push for European qualification.

The fans were particularly disappointed with the performance of midfielder Ross Barkley.

The 27-year-old joined Villa on loan from Chelsea and he was quite impressive earlier in the season.

However, his performance levels have dipped in recent months and he produced a frustrating display against Leicester.

The midfielder gave the ball away cheaply and also seemed disinterested.

Barkley may be lacking match fitness but he needs to work harder on the pitch and add more goals to his game if he wants to earn a permanent move to Villa in the summer and secure his place in the England squad for the upcoming European Championships.

The 27-year-old has the talent to do much better but he has failed to iron out his inconsistencies.

Here is what some of Villa fans had to say about his performance.

Barkley strolling around the pitch against Leeds and their high intensity/energy is a No No. Fit or not, he hasn’t done enough since his return to warrant another start….let’s see his attitude sitting on the bench.

Barkley fitness and desire is not up to Premier League standard. He needs to seriously address his goals.

Anyone who thinks that Barkley is going to suddenly become a consistent performer at Villa is kidding themselves, he has done this most of his career.

He's an impact sub, I've said it on here before better managers than Smith have failed to get him to keep his levels up.

Ok, so today we learnt that Ramsey or Sanson should be starting ahead of Barkley, who just isn't fit. Also an argument for McGinn and Luiz to be rotated. Without that change, Leeds will batter us.#avfc