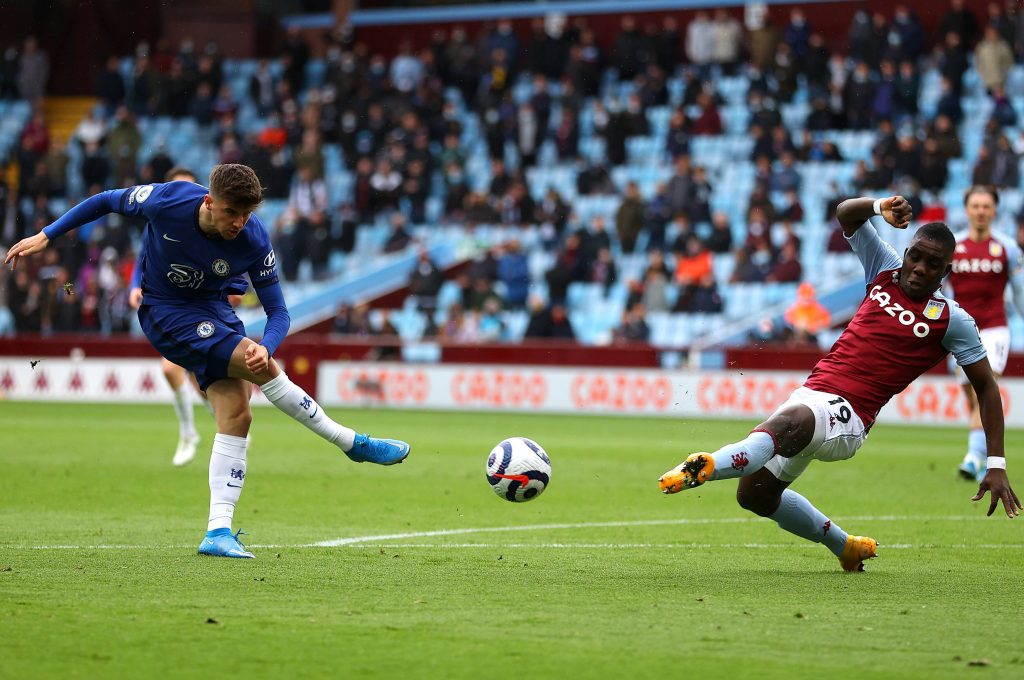 Aston Villa picked up a 2-1 win over Chelsea in the Premier League yesterday.

Goals from Bertrand Traore and Anwar El Ghazi put the home side 2-0 ahead early in the second half.

The Blues got back into the game through Ben Chilwell in the 70th minute, but Villa held on for all three points.

Chelsea needed to win to ensure their place in the top four, but Tottenham Hotspur’s win at Leicester City made the Blues’ result academic.

Dean Smith will be delighted with a strong finish to Villa’s season, and the fans were particularly impressed with the performance of Marvelous Nakamba.

The 27-year-old defensive midfielder was picked ahead of Douglas Luiz in the starting line-up and justified his selection with an outstanding display.

The midfielder worked tirelessly on and off the ball, disrupting Chelsea’s midfield with his pressing and tackling.

The 27-year-old’s error led to a goal against Tottenham Hotspur in the previous game, and few would have expected him to start here.

However, Smith showed his faith in the player, and Nakamba repaid it with a defining performance.

Some Villa fans took to Twitter to praise his performance – here is what they had to say.

Mings was outstanding, so was Targett but Marv was immense – to come in and play the last 2 games and to be MOTM today is insane – legend. #avfc

Not a close one. Marvelous by a distance. Hes the player we've been crying out for.

If he can add composure and tidy up his passing when on the ball, we could have our ready made Kante type

There’s one man and his name describes that performance, Marvellous Nakamba.