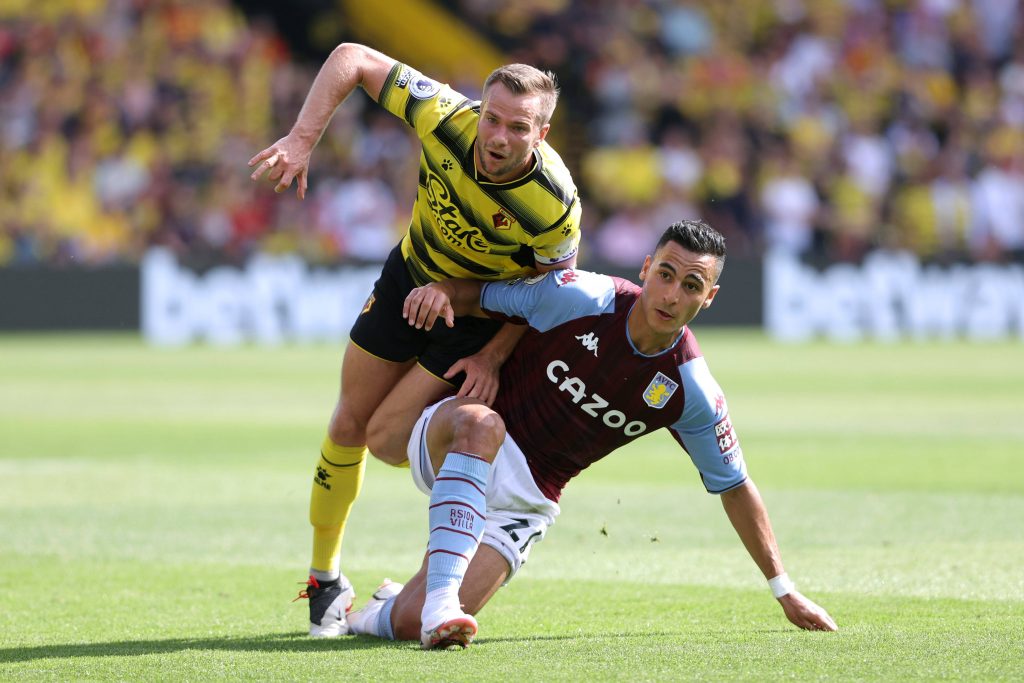 Aston Villa crashed to a disappointing 3-2 defeat against Watford in the Premier League on Saturday.

Goals from Emmanuel Bonaventure, Ismaila Sarr and Cucho Hernandez put the Hornets 3-0 ahead after 67 minutes,

Villa came back into the game through goals from John McGinn and Danny Ings, but their late effort wasn’t enough.

Dean Smith will be thoroughly disappointed with the performance of his players, with his team looking extremely porous at the back.

They also struggled to create much going forward, with winger Anwar El Ghazi amongst the players who failed to deliver.

The 26-year-old struggled to deal with Watford’s pressing and failed to create any notable chances for his teammates.

El Ghazi was easily dispossessed and looked short of confidence for an hour before he was taken off and replaced by Leon Bailey.

The player has been heavily criticised for his inconsistency since joining the club and must improve if he wants to hold down a regular starting berth.

El Ghazi is having an absolute mare. #avfc

Needs to be sold, never going to be good enough if we want top 6

Not surprised at all.. he was poor in the pre-season as well.. I am not sure why he is in the team… surely we can find somebody else who can take penalties for the team…

To be fair to me, I have been saying Villa should sign Sarr for at least 2 seasons, pace is golden.

Villa are back in action next Saturday at home to Newcastle United and will be desperate to put the Watford result behind them.