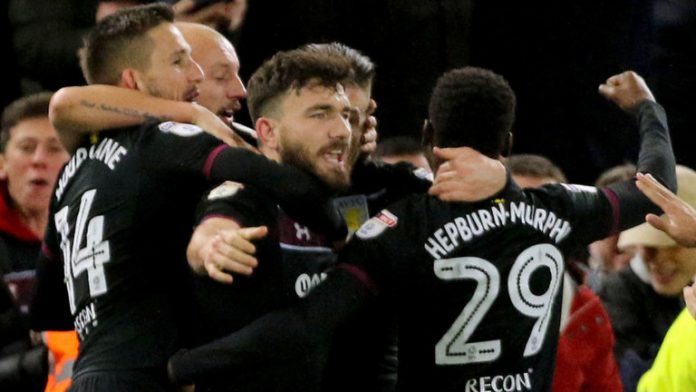 Aston Villa visit Middlesbrough on Saturday for the first leg of the Championship play-off semi-final.

Villa finished the regular season seven points clear of Boro, but they head into the two-legged tie with a handful of injury problems to contend with.

Axel Tuanzebe missed Villa’s final day defeat at Millwall with an ankle injury and manager Steve Bruce admitted that he will be lucky if he plays for the club again this season.

Neil Taylor could also be unavailable after he was sidelined for the clash against the Lions with a hamstring injury, while Birkir Bjarnason is a huge doubt after suffering a calf injury.

Boro boss Tony Pulis has no new injury concerns ahead of the first leg.

Despite the injuries, Sky Sports‘ pundit David Prutton has backed Villa to secure a 1-1 draw at the Riverside Stadium ((9/2 with Sky Bet).

“These two sides were arguably the favourites for promotion to the Premier League at the start of the season, but there is only one spot available at Wembley,” he said.

“Tony Pulis and Steve Bruce are both more than familiar with the play-offs and it will great to see two old warriors going at it for promotion.

“Neither side will give anything up in the first leg and I can’t split them at the Riverside – score draw.”

The two sides drew 0-0 at Villa Park back in September, while Robert Snodgrass’ header secured a 1-0 victory at Middlesbrough during December.