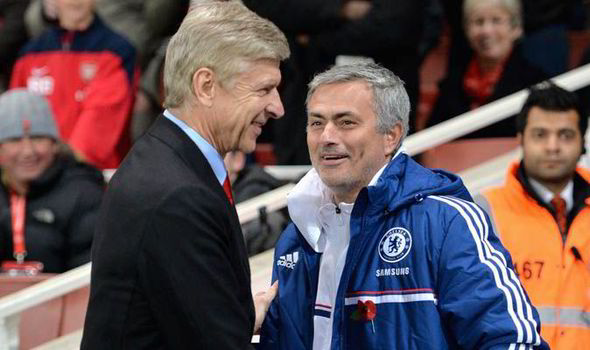 Arsenal manager Arsene Wenger, usually conservative in his praise for opposition sides, has publicly declared that no can stop Chelsea this season. The Frenchman, speaking after his side’s 2-1 defeat away at Swansea City on Sunday, said that the Blues are on course to break the 100-point mark for the first time in Premier League history.

“Look at the season and Chelsea are on course for 105 points,” Wenger said.

“Look at the number of points they have today and if they keep that up nobody will touch them, that’s for sure.

“It doesn’t look like anybody is capable of challenging them at the moment. There’s no obvious reason, but they have had a good start and as long as you don’t lose you don’t question yourself.

“Maybe a little bit more extra spirit in the team helps them when it gets tight.”

This was a very good week for Chelsea, who won 2-1 away at Anfield in the first game of the weekend. This was followed by a Man City draw, which saw the Blues pull 8 points clear of the defending champions. Southampton are in 2nd, 4 points behind Chelsea, but once the Saints’ bubble bursts, City are expected to be the closest contenders along with Jose Mourinho’s men.

Chelsea are still unbeaten, and even though talks of a replicating Arsenal’s ‘Invincibles’ season from the 2003-04 campaign are very premature, they are hardly showing any signs of weakness.