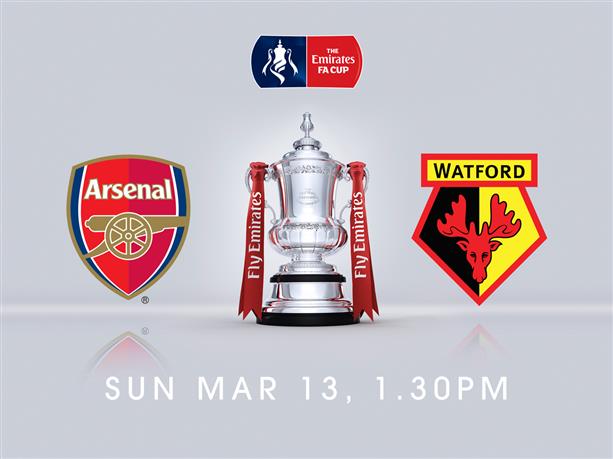 With Arsenal facing a near-impossible-task of progressing to the last eight of the Champions League, the FA Cup once again remains a realistic target for the Gunners, who have won this competition for the past two seasons.

The Gunners earned an emphatic 4-0 victory over Hull City to set up a quarter-final tie against Watford, who should put their efforts for this game, as they really don’t have anything left to play for in the league.

Watford are heading into this match on the back of a winless run in their last three games, and lost their last two fixtures against Manchester United and Leicester.

Arsene Wenger will likely to field a strong team for this game, as a FA Cup glory for the third year in running is more likely to happen than beating Barcelona at Camp Nou next week.

Mohamed Elney is likely to start along with Alex Iwobi. Kieran Gibbs may start on the left, while Calum Chambers could also feature.

Alex-Oxlade Chamberlain, Jack Wilshere, Tomas Rosicky, Aaron Ramsey, Santi Cazorla, and Petr Cech are all out with injury. The likes of Per Mertesacker, Gabriel Paulista, and Laurent Koscielny are doubtful for this game.

Miguel Britos and Craig Cathcart are doubts for Watford. Nathan Ake could continue alongside Prodl at the heart of defence.

1 – Arsenal have won just once in their last six games