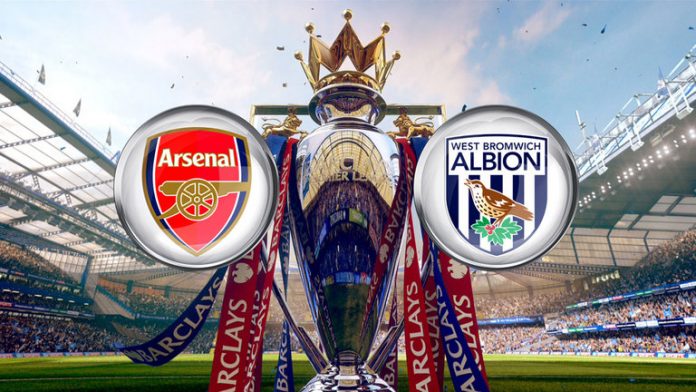 Arsenal host West Brom in the Premier League this weekend, and the Gunners will be looking to get their title challenge back on track with a win.

Arsène Wenger‘s men were beaten by Everton and Manchester City in their last two outings, and it will be interesting to see how they react against the Baggies.

Since their opening day defeat against Liverpool, the Gunners have been quite impressive at home and are undefeated since August. Furthermore, they have a very good home record against the Baggies and have won their last six home games against them.

Cazorla, Debuchy, Mustafi and Chamberlain are all ruled out for the Boxing Day clash due to injuries.

West Brom were very disappointing against Manchester United, and Tony Pulis will be hoping that his men can bounce back with a positive performance here.

The Baggies have a poor away record and have won just two matches on the road this season. They will be up against a hungry Arsenal side, and significant improvement is needed if they want to avoid a loss here.

Jonny Evans remains a doubt for the trip to Arsenal on Monday. James Morrison hasn’t trained all week due to illness and appears unlikely to feature here.

Arsenal have won 8 of their last 9 home matches against West Brom in all competitions.

Arsenal have kept a clean sheet in 6 of their last 8 home matches against West Brom in all competitions.

Arsenal have scored at least 2 goals in 6 of their last 7 home matches against West Brom in all competitions.

Arsenal are undefeated in their last 7 home matches in the Premier League.

Arsenal have been winning at both half-time and full-time in their last 5 home matches against West Brom in all competitions. Bet on the Gunners to win both halves.

Arsenal have been scoring freely against WBA in the last few meetings. Over 2.5 goals seem likely.

Arsenal have kept quite a few clean sheets at home against WBA. Bet on them to win to nil.

This should be a simple game for Arsenal. WBA will look to dig deep and secure a point here, but they are quite poor on their travels, and the Gunners will be motivated after two poor performances.

The home side should be able to find a way past Pulis’s resistance and secure the three points.