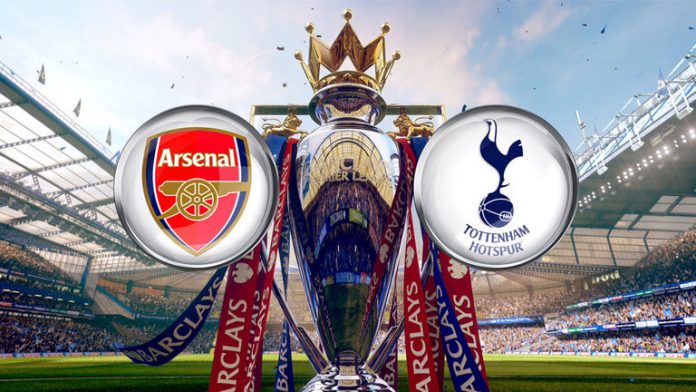 Arsenal and Tottenham go head-to-head in a much awaited London derby this weekend.

Both sides have been hard to beat in the Premier League and it should be a cracking contest between two good footballing sides.

Arsenal are in supreme form right now and have been unstoppable since their opening day defeat against Liverpool. They have been unbeaten in their last nine Premier League games and have won seven of those.

Arsène Wenger‘s men demolished Chelsea at home earlier this season and will be looking to do the same to Spurs. Furthermore, they have an impressive home record against Spurs and will be heading into this game with a lot of confidence.

The home side will be without five of their first team players for the derby game. Welbeck, Perez, Mertesacker, Cazorla and Akpom are all ruled out with injuries.

Spurs are going through a rough patch right now. Although they are just three points behind bitter rivals Arsenal, they have failed to win any of their last six matches in all competitions.

Mauricio Pochettino will be under a lot of pressure here and will know that his side cannot afford a defeat against Arsenal.

The away side have not won any of their last six visits to Emirates and on current form, that run is likely to continue.

The absence of Alderweireld will make their job tougher against a top class attacking team. Furthermore, Kane and Lamela are doubtful as well. Both players have recovered, but they are lacking in match fitness.

Tottenham have failed to win any of their last 6 matches in all competitions.

Arsenal have won 7 of their last 8 matches in the Premier League.

Arsenal have won 4 and drawn 2 of their last 6 home matches against Tottenham.

Arsenal are in very good form right now and have an excellent home record against Spurs. Get the Gunners to win at 10/11.

The last two matches between these two sides at Emirates ended 1-1. Get both teams to score at 8/13.

Despite their poor form, Spurs have been hard to beat in the League this season. Get Spurs to win or draw at 10/11.

Arsenal are full of confidence right now and will fancy their chances at home.

Spurs have been very poor going forward and are likely to rely on their defence to get something out of the game.

Arsenal have the attacking quality to break down a well-organised side and are likely to edge this one.