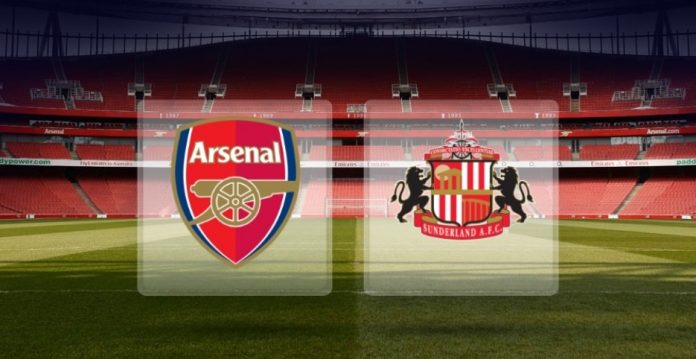 Arsenal have slipped to fourth in the Barclays Premier League table after failing to win their last three league matches.

The Gunners however are very much involved in the title race and are only two points behind league topper Manchester City.

The December fixtures have been very kind to Arsenal, and the North Londoners can pick up as many as 12-13 points from their next five matches, which will put them in a strong position for the Premier League title race.

The biggest problem the Gunners are facing now is their growing injury list with as many as six first team players are currently sidelined with injuries.

The Gunners are up against Sunderland who have moved out of the relegation zone following their back to back wins against Crystal Palace and Stoke City.

Sam Allardyce’s previous teams have beaten Arsenal in the past and the former West Ham manager will be looking to guide his team to another victory on Saturday again to make it three wins in a row for the Black Cats.

Arsenal’s injury crisis has worsened after news broke out that Santo Cazorla will be ruled out for three months with a knee problem.

Alexis Sanchez is out injured with a hamstring injury, and joins Jack Wilshere, Tomas Rosicky, Danny Welbeck, Francis Coquelin on the sidelines.

Theo Walcott may return for this tie, however, Kieran Gibbs is doubtful against Sunderland. Laurent Koscielny is available again after he was forced off with a hip injury in 1-1 draw against Norwich.

Allardyce could be without two key players – Jermain Defoe and Sebastian Larsson – for the trip to Emirates. Both the players were subbed off in the 2-0 win over Stoke.

Billy Jones should start in place of DeAndre Yedlin on the right after returning from suspension.

3 – Arsenal are without a victory in their last three matches

9 – Arsenal are undefeated in their last 9 matches against Sunderland