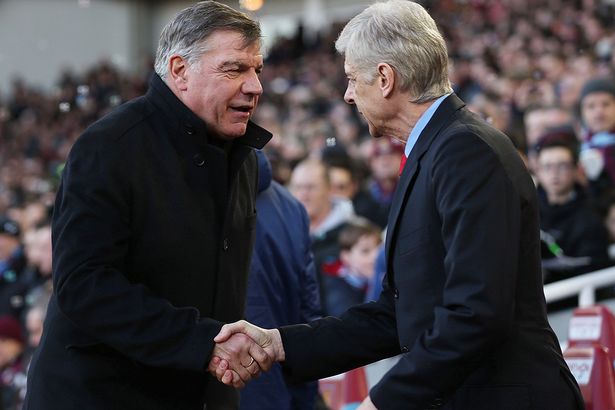 Defending Champions Arsenal get their 2015-16 FA Cup campaign underway when they welcome Sunderland to the Emirates Stadium on Saturday.

Arsenal won the world’s oldest cup competition for the 12th time last season, when they defeated Aston Villa in the final. It was their second successive FA Cup triumph in the past two seasons.

The Gunners could become the first side to win the FA Cup thrice in a row since Blackburn, who achieved the feat way back in 1884-1886.

Arsenal have won six of their last seven games to climb to the top of the Premier League, two points ahead of Leicester City, and there is a genuine belief among the supporters that this could be their best chance of winning the title since 2003-04.

The Gunners have won their last five matches at the Emirates, and have not lost at home since September.

While the Gunners are flying high in the Premier League, Sam Allardyce’s Sunderland are struggling to stay up, lying second bottom in the league with 15 points on board.

Sunderland are heading into the match on the back of a crucial victory over Aston Villa – their first win after five consecutive defeats.

Alexis Sanchez has yet to recover fully, and Wenger won’t risk him for this toe, as he continues his recovery from the groin injury he sustained at the end of November.

Tomas Rosicky ans Mikel Arteta are also closing in on a return, both the game may have come too soon for them. Danny Welbeck, Jack Wilshere, Francis Coquelin and Santi Cazorla are all sidelined at the moment.

For Sunderland, Younes Kaboul is the only centre-back currently out injured. Jack Rodwell and Sebastian Larsson are also missing the tie through injuries.