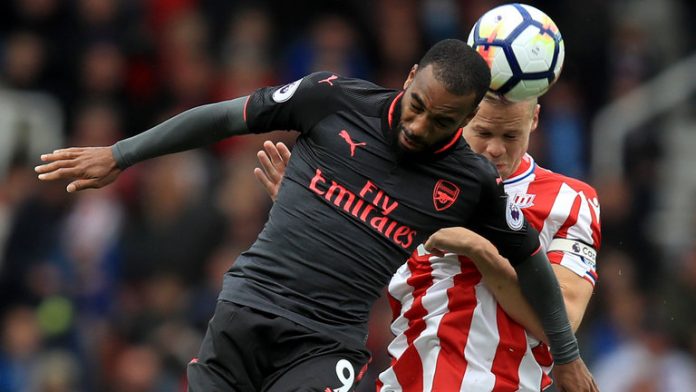 Arsenal host Stoke City on Sunday hoping to give themselves a confidence boost ahead of their upcoming Europa League tie against CSKA Moscow.

The Gunners face CSKA four days after the visit of the Potters in the first leg of their quarter-final tie, before facing Southampton ahead of the return leg in Russia.

Arsene Wenger’s side will be seeking revenge against Stoke having lost the reverse fixture by a single goal earlier in the season.

Arsenal head into the weekend 13 points adrift of Tottneham Hotspur and their hopes of qualifying for the Champions League via a top four finish are over barring a miracle.

Stoke are 19th in the table, three points adrift of safety and without a win in their last seven matches.

Here’s our team – get the job done, lads ?#AFCvSCFC pic.twitter.com/nx6CoEmWYP

? Here is your #SCFC side for today's @premierleague game against @Arsenal: