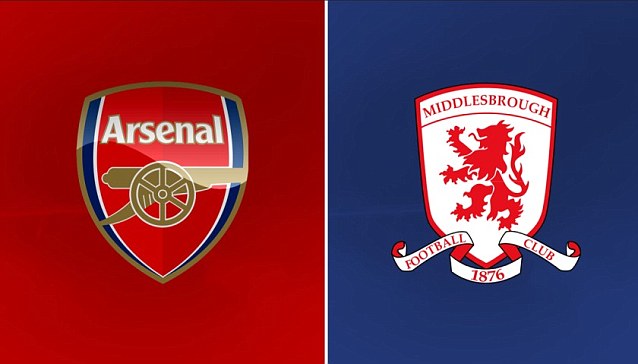 Arsenal host Middlesbrough in the Premier League this weekend and the Gunners will be looking to extend their unbeaten run with another positive result at home.

Arsene Wenger‘s side picked up a thumping 6-0 win over Ludogorets on Wednesday night in the Champions League. Since the opening day defeat against Liverpool, the Londoners have been in scintillating form. They have now won their last seven competitive outings and are unbeaten in their last eleven in all competitions.

Wenger will be without his first choice central midfielder for this game. Granit Xhaka is suspended for the Gunners after picking up a red card in the previous league game. However, defensive midfielder Francis Coquelin expected to start alongside Santi Cazorla. Per Mertesacker, Danny Welbeck and Chuba Akpom are all sidelined here. Carl Jenkinson and Aaron Ramsey are still lacking in match fitness and are expected to miss out.

The newly promoted outfit have endured a tough start to life in the Premier League. Middlesbrough have failed to win their last six league fixtures, losing four.

Boro have done better on their travels and have managed to stay unbeaten in three of their last four away league games. Despite that, they will be massive underdogs against an in-form Arsenal side and will be dreading their trip to the Emirates.

Karanka could be without Grant Leadbitter, James Husband and Fabio. All three are major doubts and will be assessed closer to kick-off. Defender Calum Chambers is ineligible to face his parent club and will be replaced by the former Liverpool defender Daniel Ayala.

Arsenal have won their last 6 matches in the Premier League.

Arsenal have scored at least 2 goals in their last 5 home matches in the Premier League.

Arsenal are undefeated in their last 7 home matches against Middlesbrough in all competitions.

Middlesbrough have failed to win their last 6 matches in the Premier League.

There have been over 2.5 goals (8/13) scored in Arsenal’s last 5 home games in the Premier League. Considering their current scoring form, the Gunners are likely to score a few this weekend.

Arsenal are in outstanding form right now, get them to win at 1/4 with Ladbrokes.

Meanwhile, Middlesbrough have managed to escape a defeat in 3 of their last 4 away games. They are priced at an impressive 11/4 to win or draw.

Arsenal will be full of confidence heading into this game and on current form. They should be able to deal with Middlesbrough comfortably.

The away side have taken a defensive approach in their games so far and are likely to sit deep here as well. However, Arsenal have the players to break them down and are likely to collect all three points in the end.