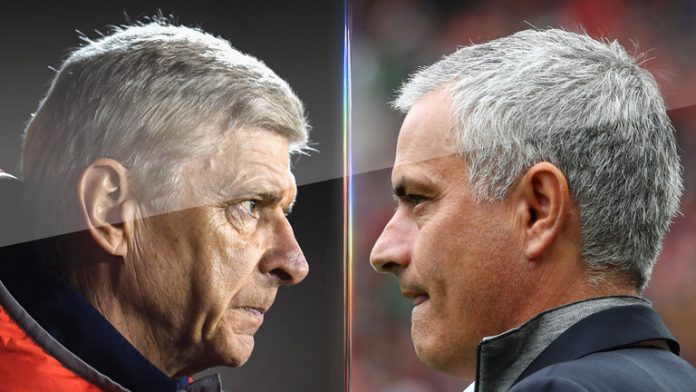 Bet on the Arsenal vs Manchester United game with Mr. Green Casino here (Open to UK residents only).

Arsenal host Manchester United in the Premier League this weekend and the Gunners will be confident of getting a result here.

Arsene Wenger’s men are high on confidence after their thumping 5-0 win over Huddersfield on Wednesday. The Gunners are unbeaten at home this season and Manchester United will have to work very hard to get something out of this game.

The Old Trafford outfit have been hard to beat this season but they haven’t managed to impress with the performances. Furthermore, their away record has been quite poor this season. The Red Devils have lost three of their last five away matches in all competitions.

Mourinho has struggled to get his side performing against the top teams and the Portuguese has not won any of his 11 matches away to the top six sides since August 2015. Having said that, he has an impressive record of staying unbeaten in 15 of his 17 meetings against Wenger.

Cazorla, Lacazette and Iwobi are the only injury worries for Arsene Wenger this week.

As for United, Fellaini, Jones, Carrick and Matic are ruled out with injuries.

Arsenal have won their last 12 home matches in the Premier League. Bet on the Gunners to win at 29/20 with Mr. Green Casino.

Man Utd are undefeated in 34 of their last 38 matches in the Premier League. Bet on the Red Devils to grind out a win or draw at 4/7.

Arsenal have scored at least 2 goals in their last 10 home matches in the Premier League. Over 2.5 goals (22/25) seem likely.

Arsenal are in superb form right now and they will be favourites heading into this one. The Gunners have been terrific at home and they should be able to exploit United’s defensive problems.

Mourinho has a very good record against Wenger but the absence of key defensive players will hurt his chances here.

Bet on the Arsenal vs Manchester United game with Mr. Green Casino here