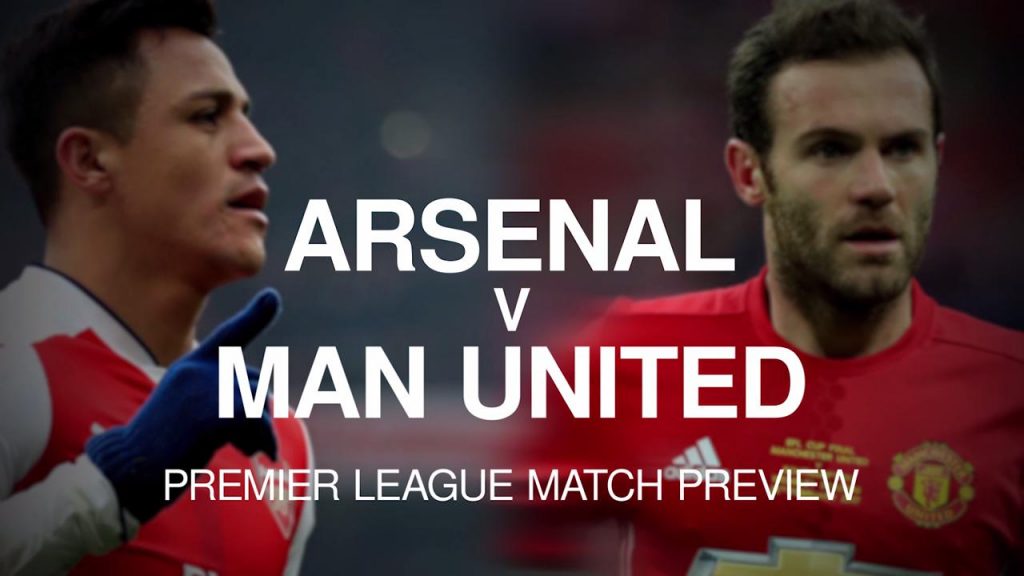 Arsenal host Manchester United in the Premier League this weekend and the Gunners will be looking to close down the gap with the Red Devils with a win.

Wenger’s men are five points behind Manchester United and a defeat here could damage their chances of finishing in top four. Arsene Wenger has never beaten Jose Mourinho in a competitive game and this will be a massive challenge for the Londoners.

Cazorla, Xhaka and Perez are ruled out for the home side. Mustafi is back in training and could feature for the Gunners.

Manchester United are already behind City and Liverpool in the top four race and they cannot afford to drop more points here.

However, they had to play Celta Vigo during the midweek and Mourinho is expected to rotate his side in order to keep them fresh for the return leg. The Old Trafford outfit have impressed defensively this season and they will be hoping to grind out another result here.

Shaw, Fosu-Mensah, Ibrahimovic, Rojo, Young, Fellaini, Rashford are all expected to miss out this weekend.

Manchester United are undefeated in their last 25 matches in the Premier League.

Arsenal have won 8 of their last 10 home matches in the Premier League.

Manchester United have kept a clean sheet in 6 of their last 8 away matches in the Premier League.

There have been under 2.5 goals scored in 6 of Manchester United’s last 7 games in the Premier League.

Manchester United have been hard to beat in the Premier League for a while now. Bet on the away side to win or draw.

Arsenal have been impressive at home over the last few months. Bet on the Gunners to win here.

Arsenal will be motivated for a win here and the fact that Mourinho is likely to field a weakened side will only boost their chances.

However, the away side have shown that they can shut down opposition attacks with their organisation at the back. Both teams are likely to cancel each other out and a draw seems likely.