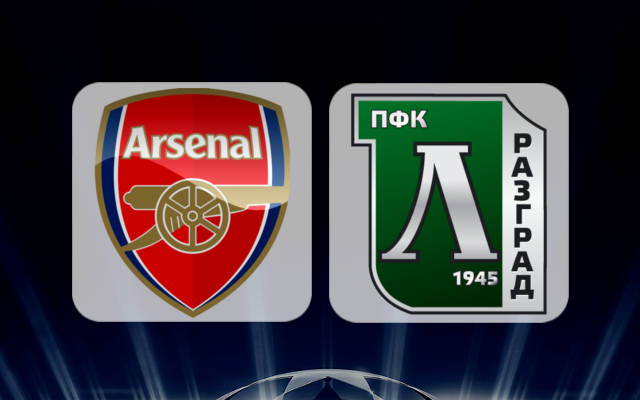 Arsenal host Ludogorets in the UEFA Champions League on Wednesday and the Premier League giants will be looking to extend their impressive run of form with a win here.

The Gunners picked a 3-2 win over Swansea City on Saturday and it was their sixth straight win in all competitions this season. Arsene Wenger‘s side are unbeaten in their last ten matches and will be full of confidence heading into the game. The Londoners were very impressive against Basel in their last European outing and Ludogorets will be dreading their trip to Emirates.

Going forward, Arsenal have been unstoppable at times and the likes of Ozil, Sanchez and Walcott will cause all kinds of problems for the away side. Arsenal have scored 17 times in their last 6 outings.

Aaron Ramsey is not expected to start, despite returning to training. The Welsh international lacks match fitness and will need to regain some of his sharpness in training first. Olivier Giroud has a toe injury and the likes of Per Mertesacker, Danny Welbeck and Carl Jenkinson will also miss out.

PSG managed to beat them comfortably in their own backyard and Arsenal will be an even greater challenge, especially at Emirates.

The Gunners are in excellent attacking form and the Ludogorets defence are in for a tough time tomorrow night.

The away side have no particular injury concerns and will have to depend on their in-form trio of Jonathan Cafu, Wanderson and Marcelinho to get something from this game. They have been deadly on the counter for the Bulgarian side this season. Cafu has been in superb form this season and has scored five goals in his last six matches.

Arsenal are unbeaten in their last 10 matches in all competitions.

Ludogorets have lost just twice in their last 17 matches in all competitions. One of those defeats came against PSG in the Champions League.

Both teams have been in impressive scoring form. Arsenal have scored 17 in their last 6 matches, Ludogorets have scored 16 during the same period.

Arsenal are in outstanding form right now and are 1/7 to win the game with Ladbrokes.

Both sides have been scoring freely this season. Over 2.5 goals (2/5) seems like a good bet here. Also get both teams to score at 5/4.

Ludogorets have been very good in their domestic league and are an impressive 5/1 to win or draw at Emirates.

Arsenal will be determined to pick up a win here and climb to the top of their group. The Gunners are in outstanding form and should be able to outplay their opponents this week.

Despite their impressive domestic form, Ludogorets are significantly weaker than the home side and struggled against the likes of Basel in their previous matches. Arsenal will be too hot to handle for them. The Bulgarians will need to do well to avoid a big defeat here.