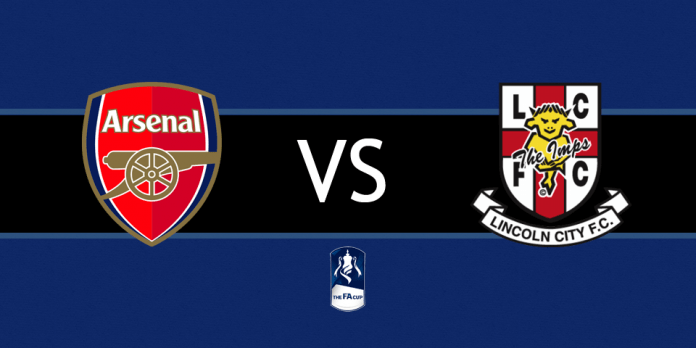 Arsenal host non-league side Lincoln in the FA cup this weekend and the Gunners are under immense pressure to deliver.

The Londoners crashed out of the Champions League after another 5-1 defeat against Bayern Munich on Tuesday. Arsenal have now lost three of their last four matches in all competitions, conceding thirteen times in the process.

The home side will be without Cazorla, Debuchy and Elneny for this game due to injuries.

This is a massive challenge for Lincoln who are severely out of their depth here.

The non-league side have nothing to lose and they will be hoping to pull off an upset when they travel to Emirates later today.

Lincoln have a fully fit squad to choose from.

Arsenal are undefeated in 19 of their last 20 matches in the FA Cup.

Lincoln have won 6 of their last 7 matches in the FA Cup.

Arsenal have lost 3 of their last 4 matches in all competitions.

Arsenal are firm favourites to win this one. Despite their dip in form, Lincoln are far too inferior in terms of quality and will struggle. Bet on the home side to win.

Arsenal have an impressive set of attackers and should be able to score a few against a non-league defence. Over 2.5 goals seem likely.

This should be a routine win for Arsenal. The Gunners are under a lot of pressure to deliver and this is a great opportunity to bounce back with a big win.

Lincoln will struggle to contain the likes of Alexis here and their FA Cup run should come to an end here. A home win seems quite likely.