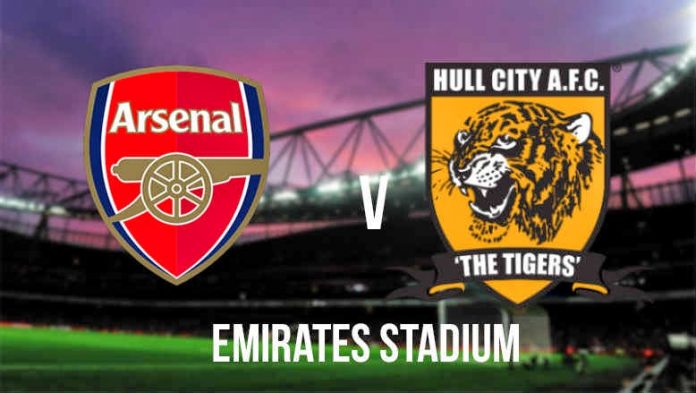 Arsenal host Hull City in the Premier League this weekend and the Gunners will be looking to get back to winning ways after their 3-1 defeat at the hands of Chelsea last time out.

Arsene Wenger’s men are currently fourth in the table, but Liverpool and Manchester United are breathing down their neck. The home side will have to improve in order to secure the three points against a resurgent Hull City side.

Cazorla, Debuchy, Xhaka, Ramsey, Sanogo, Elneny are all ruled out with injuries and suspension for the visit of Hull.

Hull City have been outstanding since the arrival of Marco Silva. The former Portuguese league manager has turned around the morale of the club.

The Tigers are heading into this game on the back of a 2-0 win over Liverpool and a 0-0 draw against Manchester United. Considering how Arsenal played against Chelsea, Hull City will definitely fancy their chances of an upset here.

Henriksen, Odubajo, Keane, Mason, Luer are all ruled out of the trip to Emirates with injuries.

Hull have failed to score in 7 of their last 8 away matches in the Premier League.

Arsenal have scored at least 2 goals in 12 of their last 13 matches against Hull in all competitions.

Arsenal are undefeated in their last 13 matches against Hull in all competitions.

Hull have failed to win their last 11 away matches in the Premier League.

Arsenal have been scoring freely against Hull City over the years. Over 2.5 goals seem likely here.

Arsenal have a fantastic record against Hull City and the Tigers have struggled on the road. Bet on the Gunners to win.

Hull City have struggled in front of the goal on their travels. Bet on Arsenal to keep a clean sheet.

Hull City are in very good form and will give Arsenal a run for their money. However, the home side are far too superior in terms of quality and should be able to see off Hull’s challenge.

Arsenal are in desperate need of a win and the players will be motivated to deliver here. A home win seems quite likely this weekend.