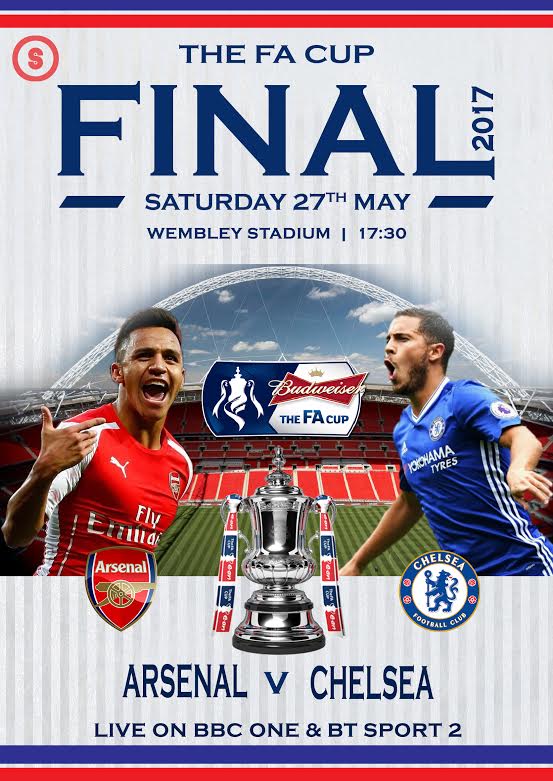 Arsenal and Chelsea face each other in the final of the FA Cup later this week and the Gunners will be looking to end a disappointing season on a high.

Wenger’s men won’t play in the Champions League next season but they can still win a trophy this season. Arsenal have improved a lot over the last two months and have managed to put together a run of five consecutive wins.

They have reached the FA Cup final for the third time in the last four years and they will hope to lift their third FA Cup in four years.

Santi Cazorla and Gabriel are injured for the Gunners. Koscielny is suspended for the final. Mustafi, Gibbs and Chamberlain will be assessed closer to kick-off.

Chelsea are full of confidence after their title win and Conte will be looking to complete a league double this week. The Blues have won their last seven competitive fixtures and have won three of the last four meetings between these two sides as well.

Chelsea have a fully fit squad to choose from and they will be favourites to win their 8th FA Cup title this week.

Arsenal are undefeated in 21 of their last 22 matches in the FA Cup.

Chelsea have scored at least 2 goals in 9 of their last 11 matches in the FA Cup.

The last four matches between these two sides have produced a total of 10 goals.

Both teams are in superb form right now and they will be looking to win the game. An open game is expected and both sides have the firepower to score goals. Over 2.5 goals seem likely.

Chelsea have a very good record against Arsenal. Bet on the Blues to win this weekend.

Arsenal are expected to give Chelsea a run for their money this weekend but the Blues have too much quality for them.

Conte’s men are full of confidence and they have the momentum with them. The absence of Koscielny will be a massive blow for the Gunners and it could make all the difference against the likes of Costa and Hazard.

The Blues should be able to edge this one.