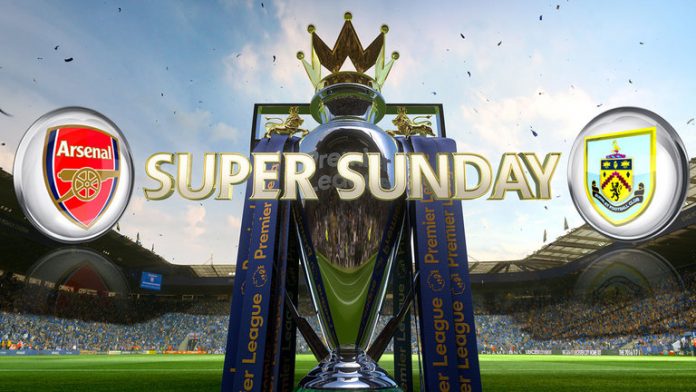 Arsenal host Burnley in the Premier League this weekend and the Gunners will be looking to build on their thumping 4-0 win over Swansea last week.

Wenger’s men are in very good form right now and have won three of their last four matches in the Premier League. Furthermore, they have an impressive record against Burnley and will fancy their chances of extending it this weekend.

Mohamed Elneny is unavailable due to his participation in the Africa Cup of Nations. Santi Cazorla, Mathieu Debuchy, Yaya Sanogo, Theo Walcott and Per Mertesacker are all ruled out for Arsenal.

Burnley will be dreading their trip to Emirates this weekend. Sean Dyche‘s men have been impressive at home, but their away record has been abysmal so far.

Burnley have taken just one point away from home in England’s top tier this term and will be facing a team that has been unplayable at home for quite some time. Arsenal have lost just three of their last 31 home league games.

Dean Marney, Scott Arfield and Johann Berg Gudmundsson are all doubts for Sean Dyche’s side and could all miss the trip to the Emirates.

Arsenal are undefeated in 28 of their last 31 matches in the Premier League.

Arsenal have won their last 5 matches against Burnley in all competitions.

Arsenal have scored at least 2 goals in their last 4 home matches against Burnley in all competitions.

Arsenal have scored at least 2 goals in their last 3 matches in the Premier League.

Arsenal have been formidable at home and have a very good record against the Clarets. Bet on the Gunners to win this weekend.

Arsenal have scored a fair few goals against Burnley and in general this season. Over 2.5 goals seem likely.

Arsenal should be able to secure a comfortable win here. Burnley have been lacking in confidence and belief away from home.

Furthermore, the Gunners are in good form right now and will be determined to close the gap with Spurs and Chelsea with a win.