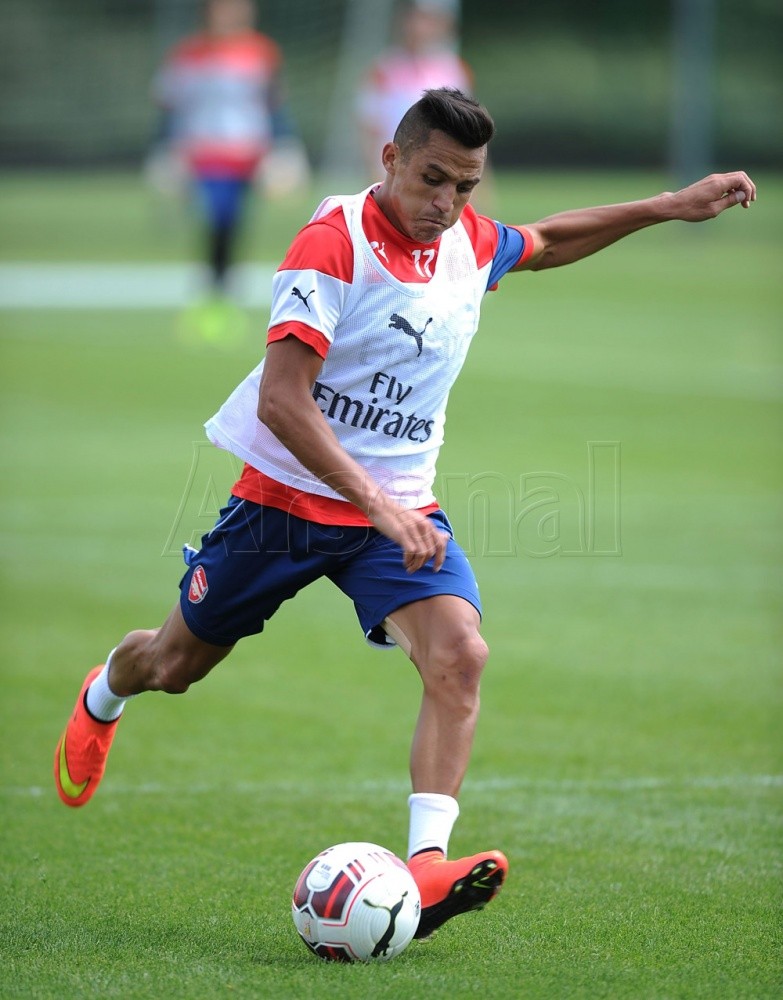 Arsenal have a three-day rest from Saturday’s 2-2 draw at Everton before they host Beşiktaş in the second leg of their crucial UEFA Champions League playoff.

The Turkish side only kick off their domestic season on Saturday so have no fixture congestion in comparison to Arsenal.

This will be the Gunners’ fifth match in eighteen days. They have already had a number of players out through injury whilst Mesut Özil and Per Mertesacker only played their first match at the weekend following an extended summer break after wining the World Cup with Germany. Lukas Podolski was also available for the first time this season but did not feature.

Arsenal are the heavy favourites in this tie after drawing 0-0 in Turkey last week. They created a couple of good opportunities in the first leg as well as failing to create more opportunities when they got into decent positions.

The Gunners have reached the Champions League group stage for each of the last 17 seasons.

Arsène Wenger will be without top scorer Aaron Ramsey who was sent off late in the first leg. The Welsh midfielder scored in the FA Community Shield and in both of Arsenal’s Premier League games already this season.

Mikel Arteta picked up an injury in the first leg that has ruled him out for the rest of the month. Laurent Koscielny and Kieran Gibbs are both doubts. Yaya Sanogo is expected to be fit.

Mesut Özil could replace Ramsey behind the striker provided he’s fit and recovered from 90 minutes on Saturday down the left wing. Olivier Giroud turned out to make an impact appearance from the substitutes bench with his last-minute equaliser at Goodison Park. The French striker is a doubt for this match having picked up a knock to his ankle.

Necip Uysal is out for the visitors with an ankle injury. Both Ersan Gülüm and Atiba Hutchinson have trained separately from the rest of the first team this week, but are expected to recover in time for the trip to the Emirates Stadium.

Manager Slaven Bilić will watch the game from the stands having been sent off in the first leg. 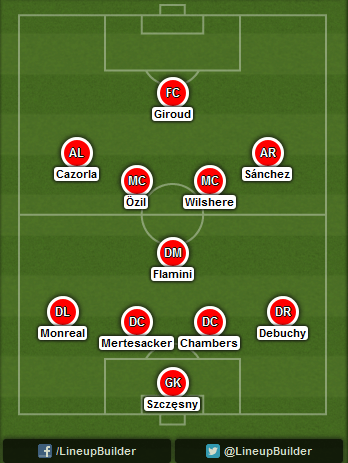 Arsenal have a few players missing but here’s how we expect them to line up versus Beşiktaş. We’re going with the same back four that started on Saturday with Koscielny a doubt for this match. Per Mertesacker and Calum Chambers did not provide to most-convincing of centre-back partnerships however. Alexis Sánchez only played 45 minutes on Saturday and they were up front – the Chilean should be fit to revert back to the right wing position he has previously been playing for the Gunners. Mesut Özil can take Aaron Ramsey’s place. The German is less of a goalscoring threat but a playmaker. 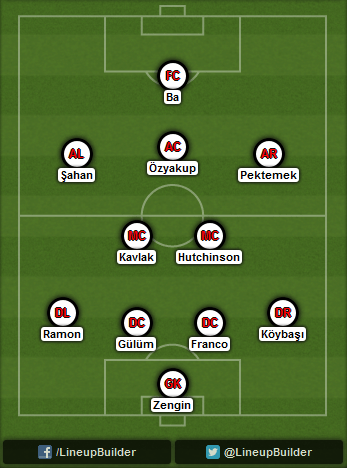 The only change we’re making from the first leg for the Turkish side is to put Atiba Hutchinson in for the injured Necip Uysal.

Alexis Sánchez vs Ramon Motta
The Arsenal forward saw a lot of space down the right wing, particularly in the first half of the first leg where the Brazilian Beşiktaş left-back liked to bomb forward. Alexis Sánchez failed to take advantage of this space on a number of occasions but should Ramon Motta regularly leave space to attack at the Emirates Stadium we’d expect Sánchez to be involved in at least one goal at the Emirates Stadium on Wednesday.

Demba Ba vs Calum Chambers
The former-Chelsea striker was very lively and forced Wojciech Szczęsny into two decent saves in the first half. The young Arsenal centre-back looked shaky on Saturday so if he starts this one will need a more commanding performance to stop Demba Ba and his team mates from scoring. Former Arsenal youngster Oğuzhan Özyakup created a number of chances for the Turkish side in the first leg.

Jack Wilshere vs Veli Kavlak
The box-to-box Austrian midfielder looked like a bit of a character in the first leg – who tough-tackling Jack Wilshere may need to watch his temper against. Veli Kavlak likes to shoot from outside the area so the England international needs to be watchful when he attacks. With no Aaron Ramsey for the Gunners, perhaps Jack Wilshere can step up to the plate and help his side in and around the opposition penalty area.

Prediction: Arsenal 2-0 Beşiktaş
Arsenal woke up in the final 20 minutes or so on Saturday to score two goals and rescue a point at Everton in the Premier League. Arsène Wenger has this and one more game to navigate before an international break. His side arguably should have won the first leg with the opportunities they created. On home soil I don’t see them slipping up. An early goal will help settle any nerves any Arsenal fans may have going into the tie.