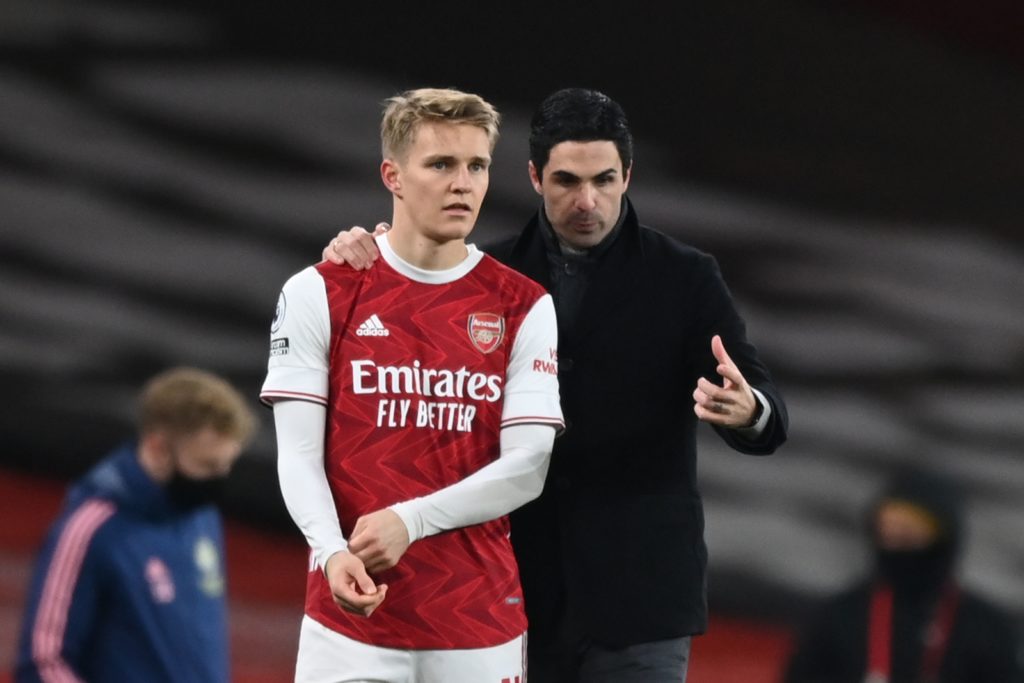 Arsenal will be hoping to pick up a morale-boosting home win over Manchester City in the Premier League on Saturday afternoon.

The Gunners are in impressive form right now and they have climbed up to 4th in the league table. Arsenal will fancy their chances of picking up a home win against the league leaders and it will be interesting to see if the players can step up and grind out an important result.
Meanwhile, Manchester City are in rampant form right now and they are currently eight points clear at the top of the table. Pep Guardiola will be demanding a strong performance from his players away from home against the Londoners.

Arsenal are coming into this game on the back of four consecutive league wins.
Meanwhile, Manchester City have won their last ten Premier League matches and they have an exceptional head to head record against the Gunners as well.
The visitors have beaten Arsenal in 11 of their last 12 meetings across all competitions.

Here are the latest betting odds for Arsenal v Manchester City from Betfred:

Manchester City are one of the best teams in the world and they are in red hot form right now. Arsenal have shown considerable improvement in recent weeks but they are simply out of their depth against a team like Manchester City.
The visitors have beaten Arsenal at the Emirates Stadium in their last two visits and they should be able to make it three in a row this weekend.

Prediction: Manchester City to win at 4/7 with Betfred