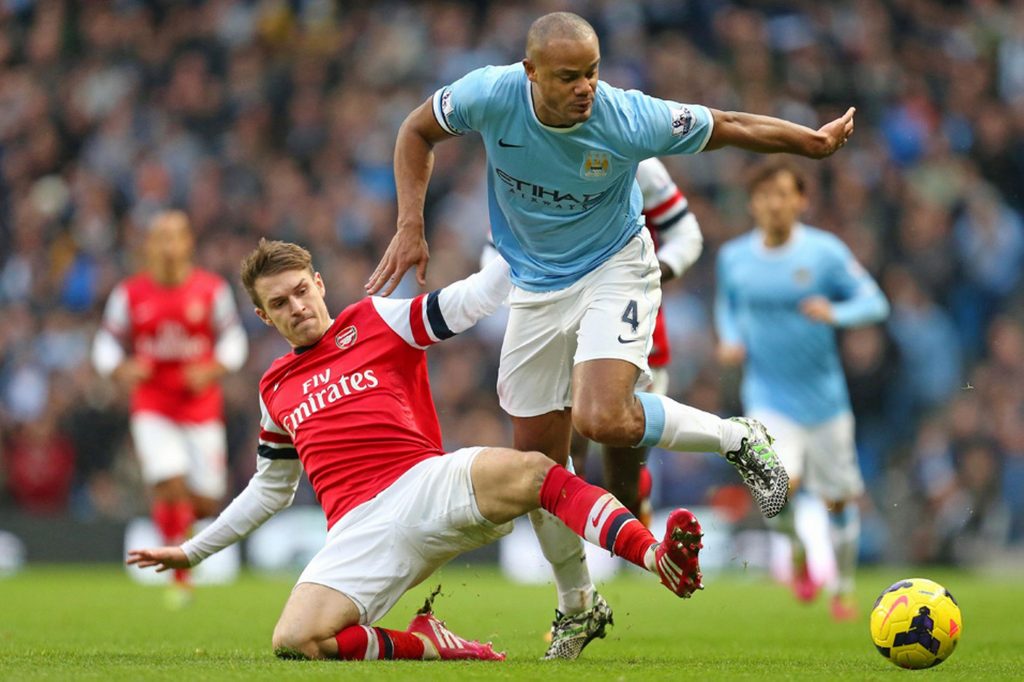 Arsenal entertain Manchester City in the final Premier League game before Christmas in what promises to be a mouth-watering affair.

Both sides would have the opportunity to spend Christmas Day top of the table should Leicester City slip up at Everton on Saturday.

The Gunners have been without several midfield players for a month now but they key injuries may be with the visitors who could be missing both Vincent Kompany and Sergio Aguero again.

Arsenal have made an excellent start to December – a comfortable 3-1 win over Sunderland, a 3-0 thrashing of Olympiacos and then 2-0 winners at Aston Villa last weekend.

Meanwhile, City have not looked impressive this month – they were comfortably beaten 2-0 at Stoke City before relying on a stoppage time deflection to beat struggling and managerless Swansea last weekend.

The absence of Vincent Kompany is huge also – City have conceded only one goal in 720 minutes in which their captain has played in the Premier League season, but a whooping 16 in 720 minutes without.

Kompany is a doubt for the weekend having missed their last four league matches with a calf injury. With their captain, City’s defence is a mess when it relies on Nicolas Otamendi and Eliaquim Mangala, whose positioning is woeful.

Another key doubt for City is star striker Sergio Aguero. A foot injury has ruled the Argentine out for the previous two matches so soon after making his return. In his place, Wilfried Bony has only scored three goals in 13 Premier League appearances this season.

With that in mind, we’re confident Arsenal will come out on top of this match. The juiciest odds we’ve found on this match are William Hill’s 6/1 enhanced offer that Arsenal will win with Aaron Ramsey getting on the scoresheet.

The Welsh midfielder has been great in the centre of midfield since his return, scoring the killer goal at Villa Park last weekend.

Those who simply want to back an Arsenal win can get nice odds of 6/4 on Arsenal.

Arsene Wenger’s side ended a four game streak without a clean sheet by shutting out Aston Villa last time, but we respect that City should see chances in this match. David Silva and Kevin De Bruyne are both goal threats and playmakers, while the pace of Raheem Sterling could cause Arsenal problems.

Going forward is where Arsenal will win this match. On average, Manchester City have allowed only 1.5 shots on target per game when Vincent Kompany plays – the best by a long way in the division. However, without the Belgian international they allow 5.5 shots on their goal, on average, per game – only Sunderland and Newcastle are more leaky at the back.

With Olivier Giroud, Mesut Ozil and Aaron Ramsey in fine form, Arsenal should see plenty of opportunities in this match, particularly with how bad City have been defending in Kompany’s absence this season.

Arsenal win? We think so. Get 6/4 on them with William Hill, or do better with the enhanced 6/1 on Ramsey scoring in Arsenal’s win.